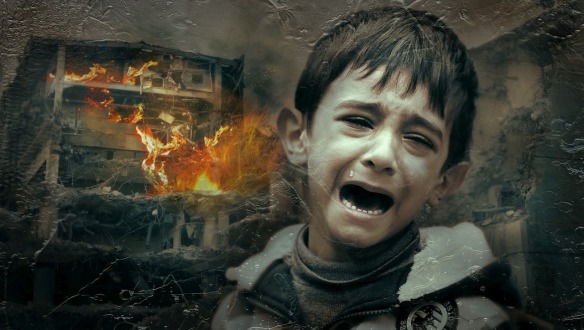 Why can’t we forget the painful past?
Photo courtesy of Pixabay

When is a war not a war?

We have fought a war on poverty, a war on illiteracy, and a war on drugs while sending troops all over the globe to fight “police actions” and provide “military advisers.” When is a war a war and when is it not?

The word “WAR” has been applied to so many efforts that it is beginning to lose its meaning. I am getting confused about which actions are wars and which are not.

Have we lost count of how many wars we have lost?

Does it occur to politicians that by calling every effort to right a social ill a war, while removing that label from actual military combat we are somehow trying to sanitize our news and as a result, we are debasing the service of our military?

I will defer judgment on foreign military combat and leave those evaluations to the historians.

What I am reasonably sure of is that when it comes to these domestic “wars” while we have won a few battles we have clearly lost all these wars.

The war on poverty ended without so much as an armistice. I am not sure if there was ever an official end, but we seem to have recalled all out troops and left the spoils of riches to the robber barons that are now colonizing the big banks and the insider trading battalions.

Clearly, the platoons of the homeless are growing. In the ultimate irony, many military veterans have been enlisted in the armies of the homeless, the addicted, and the mentally ill.

Of all these lost wars the cruelest defeats have come in the wars on addiction and mental illness.

Rather than a frontal attack on the diseases of addiction and mental illness we have attached the addicts, alcoholics, and the mentally ill.

Millions for arrest and incarceration but not one penny for treatment has been our leader’s slogan. What money there has been for the mentally ill has largely gone for systems and staff to manage their lives and keep them trapped in their illness rather than efforts to return them, to functional lives.

It is easy to get room and board in a jail or prison or medical insurance and a poverty-level wage on disability but it is hard to get into programs that allow the mentally ill to work part-time without losing their medical coverage.

Our prisons are full and overflowing, our disability rolls are swelling, but we refuse to believe in recovery and rehabilitation that might allow the mentally ill and the addicted to recover and return to a useful role in society.

After every horrific crime, the shootings, the violence, we hear calls to find those “bad” people, round them up, and put them away.

This false belief that there are two kinds of people, the good and the bad, has kept us looking for an easy solution to make us feel safe while avoiding the hard work of identifying the causes of violence and designing programs to prevent people from resorting to violent acts.

Like the magician pointing to one thing to keep people’s eyes off the real action, our society looks in the wrong places for the roots of violence.

The majority of molestations are perpetrated by family members, not strangers. The person just fired or served with divorce papers is more likely to bring a gun to work and shoot people than the seriously mentally ill. More children die at home each year, shot by a parent then will die in school shootings.

Among the poor and the unemployed mental illness is common. If you weren’t depressed before you lost your job a few years of trying to live on government handouts will make you doubt your sanity.

If we want to make any real progress in the “wars” on addiction and mental illness we need to get serious about providing timely treatment for anyone who wants and needs treatment.

Treatment of at-risk children in the third grade is a lot less expensive than building more prison cells. Providing treatment on request for addicted people is cheaper than arrest and incarceration.

So far we seem to be losing the war on action and mental illness but we shouldn’t give up. The efforts need not be over.

A war is not a war when we shrink from the challenge.

1 thought on “Did we lose another war? How many wars has America lost? What is a war anyway?”