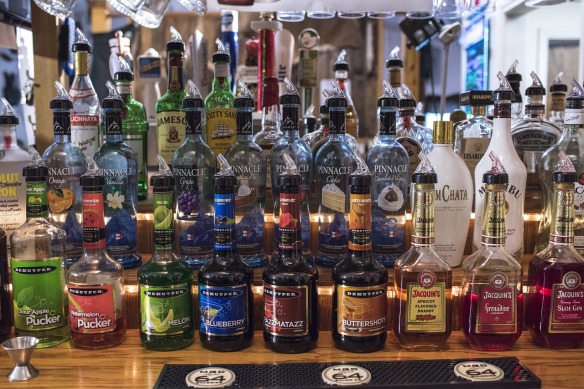 We have all heard and seen the use of drugs, especially alcohol to alter your mood. The media has bought into this and it is a common perception. If you feel bad then you need a drink.

This is the worst possible way to use any substance.

People who are sad drink, to cheer themselves up. The angry person has a few to calm down why doesn’t this work?

Absolutely drinking and other drugs can change the way you feel. You feel a little down so you have a few. For a while, you feel better. That drinking makes you forget why you were down in the first place. Then it wears off.

As the alcohol wears off the feeling returns only now you have the consequences of drinking, money spent, maybe a hangover, maybe just an empty feeling that you are sad and nothing is getting better. So you need to drink again.

Each time you drink you feel a mood swing. When it wears off your mood moves back to where it came from. Once you learn the mood swing that accompanies the use of your drug of choice it is reliable. Too reliable.

Over time, as tolerance builds it will take more of that drug to get the same feeling. Or the same amount will do less. Either way, the tendency is to do more, drink more, to try to change the way you feel. Each time the drug wears off you end up lower than where you were before you used.

Eventually, you need to drink or use all the time if you want to keep feeling good or stay out of that blackness. Then something changes.

You find that when the drug wears off you feel worse than before. You need to drink a few now just to get back to where you started. Eventually, you will need to drink just to feel normal. Whatever normal is for you and for many of us that normal was the reason we started to drink or use in the first place.

At this point, no amount of use will get you back to the feeling OK place. If only using and drinking could help you cope but at some point that substance that promised to be your solution, it has become your problem. Now you are drinking and using just to get by. You may reach a point where you can’t get back to normal anymore. Now you need some of that hair of the dog that bit you just to be able to function at all.

People who use alcohol because they are angry, find that once drunk they lose control of their emotions. That alcohol, it reduces inhibitions. A couple of drinks makes you social in the beginning but later a few drinks can make you antisocial. Under the influence, disinhibited, you may do things that you never would have done sober.

That person who needs a few to get up the courage to say what they think is now acting on that suppressed rage. One survey concluded that the vast majority of people in prison were drunk or high in the 24 hours before they committed the crime that sent them away.

That supposed friend that was helping you cope, your drug of choice, has it become the reason you are in jail or homeless?

People who are sad. Who drink to cheer themselves up, find they can forget their troubles for a while but eventually those troubles find them. And now those troubles have become worse because of failed responsibilities and things done and said while under the influence.

We know that people who are sad and depressed who drink are 55 times more likely to attempt suicide. Often with completed suicides and overdose deaths, there is alcohol in the bloodstream that reduced the inhibitions and permitted the act that brought this life to an end.

A single drink on a social occasion may make for fun. But if you find you need that drink to have fun, that without the drink, or the drug, your life is full of emotions that you just can’t stand, then that drink or drug is not your friend anymore, it has become your tormentor.

Having to drink or use to regulate emotions places you at high risk for addiction. Alcoholism, suicide or homicide. It also can induce mental and emotional illnesses or make a pre-existing mental health problem significantly worse.

You can’t learn much when unconscious and those emotional regulation lessons you learned while under the influence, there is a strong chance that you got those emotional lessons wrong.

Drinking and using for emotional reasons can take you in a really bad direction.

3 thoughts on “Social or anti-social drinker? Dangers of emotional drug use.”