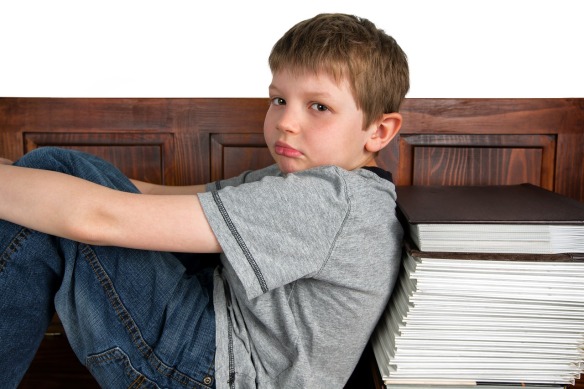 Could we cure ADHD or depression in children, especially preschool children, by treating the parents?

Just read a report that concluded that the epidemic of ADHD in preschool children can be very effectively treated by training the parents in Parent Behavioral Therapy (PBT). This raised a lot of questions. Why the increase in ADHD? Why in Preschool children? And most importantly how could treating the parents – cure the children?

The Press Release about the report by the McMasters Center can be found here.

The McMasters center report suggested a different way of viewing ADHD and the older ADD. As I understand their concept they are convinced there is one larger umbrella disorder – Disruptive Behavior Disorder meaning the kid is doing things or not doing things that cause the adults problems.  This more general description, which is a recognized diagnosis in the DSM-4-TR they then subdivide and refine into ADHD in all its varieties, Optional Defiant Disorder, and finally the most severe form Conduct Disorder.

This makes sense to me since most of the referrals for ADHD screening begin with things like – he won’t stay in his seat, is not doing his work, etc. These are complaints teachers and parents have, not things a child, especially a preschool child would complain about. Hence the child’s behavior disrupts an adult’s life and the diagnosis. They report that this disorder began with the label of “minimal brain damage” but when no one could find the specific brain damage we dropped that label.

Further, the study says that ADHD should be thought of as a spectrum disorder. So it might vary from no problem, through milder forms to “for sure you got it” forms. This like so many other mental illnesses are not a case of you got it or you don’t but rather how much of this disorder do you have. Also, there is no medical test for ADHD. We use screening tests and other ways of diagnosing this but the truth is who gets the diagnosis depends on who does the diagnosing.

So why an increase in ADHD cases in preschool children?

Calling them preschool children does not mean that they do not attend school. ADHD and related problems first began to be recognized about 1902 when most children on earth began to attend mandatory universal education.  Now a large number of children are attending preschool – hence lots of preschool-age children are attending school. The report on effective ADHD treatments included all children under six in the preschool group. They especially noted that at this age it is difficult to separate the effects of a condition like ADHD from normal maturation.

I think young children – by definition are immature, so we don’t diagnose “too young” as a condition unless they don’t act like we want them to then they have some kind of disruptive behavior disorder. Some countries in Europe have children wait until they are at least six to start school on the premise that before six they are too immature to benefit from school. In America, we go the other way and start them out at age two or three on the premise that the younger we start pushing them the sooner they will grow up.

So who gets diagnosed with ADHD?

Most new diagnoses of ADHD occur when children begin to attend some form of formal education and are asked to sit still and concentrate on things the adults want them to learn instead of the things kids want to learn. The majority of diagnoses are made between the ages of five and ten years of age. Diagnoses of ADHD after the sixth grade drop sharply and those first diagnosed after age eighteen are even rarer.

The majority of those diagnosed are boys. In fact, boys in the primary grades are four times more likely to get the diagnoses than anyone else. In my own experience, the time children are more likely to get referred for assessment for ADHD is when they first start school, preschool, kindergarten, or first grade. The next big surge in referrals is between the third and fourth grade when there is a shift from learning to read to reading to learn, and the poor readers get really bored.

The number of adult cases is half of those in children, so either a lot of people outgrow this condition with or without treatment or it is not so much of a problem once you are out of required school.  Or maybe a lot of kids get the diagnosis because they are bugging someone in the position to make a diagnosis.

When meds work for someone it is wonderful, unfortunately, the only way to see if a med will work for you or your child is to try it and there are side effects to worry about. Note that any meds may have side effects but some are worse than others.

In very young children – under the age of six, treatment with a stimulant ADHD med is likely to reduce the ADHD symptoms, but it increases the depression and other mood symptoms. Or maybe the sadness was always there but it becomes more noticeable when the child is able to sit still. The meds also suppress growth, something that a forty-year-old who is overweight might hope for – but not something we want to see in a child under six. And there is another problem.

In one well-documented study children who took a placebo – a non-active pill – did almost as well on managing their ADHD as children who took the real med. When the meds were stopped, 97.5 % of the kids on ADHD meds did not have a relapse, pretty impressive. But of the kids on a placebo who were treated with nothing resembling a drug other than the pill form it was given in, well a full 88% of these non-medicated kids did not relapse either. The conclusion here could be that the thing that helped the kids was the extra attention involved in treatment, not the medication.

Now, why not just send all these kids for therapy? Well as much as that helps some kids, and remember I am a therapist, there is a limitation on therapy. We see the kid for one hour a week. What happens the other 167 hours? So when parents take a class in Parent Behavioral Therapy or work with the therapist on how to help their child, they are able to maintain the treatment all week not just in the therapy hour.

Now if your child is on meds, please do not suddenly take them off, talk to your child’s doctor or psychiatrist first. But for very young children consider approaches other than medication.

The moral of this story? The more we adults work on our skills the more we can help kids with ADHD, with or without medication. So if your child has ADHD or depression or any other emotional problem, consider participating in therapy and learning new skills that might help your child.