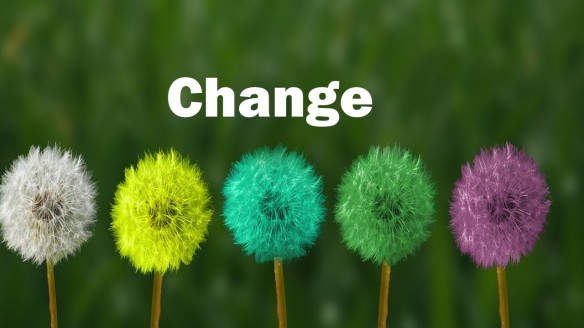 In a previous blog, I wrote about New Year’s Resolutions and how to get out of them. Now occasionally someone argues with me on this and says – no – really – I do want to change. I like to hear that. We, counselors, and therapists are in the business of helping people to change. I like to think of this as the happy life business. Lots of what is here is written for counselors, but if you are interested in change for yourself or others, please read on and see how we think it is that people really change.

Most people who change are able to transform their life by a gradual process, not a one-time resolution. Now I know that there is such a thing as a religious or spiritual conversion and also that some people do make resolutions and as a result change. I would suggest that most of the time that conversion or resolution is part of a process of change. They may make a change of direction but the person needs to do some work on getting to the new behaviors they want.

Every year for New Year’s or other occasions millions of people make a resolution that they will change themselves. Some plan to lose weight, some want to stop smoking or give up drugs. Lots of things they might want to change. Come back a year later and most of them will still be the way they were when they made that resolution. But a few people will really have changed. Why is it that some people are able to carry through and make the change while most people can’t? What happened to the ones that succeeded? These questions resulted in some studies of how people change and at last three guys wrote a book on how all things get changed. The book was “Changing for Good” and the authors were Prochaska, Norcross, and DeClemente. As a result of this book and others, substance abuse counselors, and many therapists are taught the Stages of Change model and they use it to help clients understand how to change.

So here is an example I tell my classes of how someone might change.

One year I attend a reunion and I run into an old friend. He comments on how much weight I have gained since he saw me last. I tell him no, I weigh the same thing I did in High School, well almost, but I am not gaining weight. He shakes his head and changes the subject.

Later that evening I run into an old girlfriend. She tells me she almost didn’t recognize me. “You have gotten so BIG! She exclaims. She is just jealous I think. Look at that skinny little wimp she is with, bet he has an eating disorder or something. I am definitely not gained any weight. I do not have a problem. And even if I have gained a little weight, so what, why would I care, I have no plans to change me.

Later in the evening, someone else remarks about my weight. This suit does seem a little tight. The tight fit is what is making me look fat. Ever since I moved to the desert my clothes have been shrinking. Even the ones in the closet that I don’t wear seem smaller recently. Some of you are thinking here that I am in denial. Maybe so.  The stages of change model calls this Pre-contemplation.

At this point, I am not thinking about making a change. People around me see a problem but so far I don’t. Now you could argue with me at this point and insist I get on a diet and lose weight. Lots of spouses do that. But if I don’t yet see that I have a problem all your lecturing me about being in denial of my problem will only make me mad.

Substance abuse counselors in the old days used to spend a lot of time arguing with clients, trying to break down denial. So did weight loss and stop smoking professionals. And the result most of the time was that clients stopped listening. So the thing you might do if you were faced with someone who did not think he had a problem would be, provide them with information. If you are reading this and you are already thinking you might need to change something, then you are already past the first of the seven steps that lead to real lasting change.

Often people reach the point of needing to change because of some traumatic experience. Until something happens we don’t even think about the need for change. Lots of people are suddenly confronted with a problem, most try to find a way to avoid change. Divorces or breakups, job loss, forced career changes, arrests and incarceration, and even medical problems can all require people to consider the need for change in their life.

One client told me he did not have a problem. This is typical in pre-contemplation. He just likes to have fun. How can you argue with a fun-loving guy? His wife, soon to be ex, she thinks he has a problem. His last employer told him he had a problem. So did his parole agent and a judge or two. But he was sure he didn’t have a problem.

With any problem, it seems to be human nature to try to find a way to cope without having to change. So we go through all kinds of mental gymnastics to try to not have a problem. Addictions to drugs, alcohol, food, or other substance are especially prone to go unrecognized. Some people also spend lives in bad relationships, sometimes we call them co-dependent or enablers, sometimes they just say they love too much.

People also can become entangled in activities, the gamble till. There is no money left and then borrow or steal money to try to win it all back. Some people are addicted to the process of pulling the lever or turning cards. Other people are addicted to being in a relationship. They would rather be in a bad relationship than none at all. Sex can be an addiction also. Recently we are seeing a rash of problems caused by electronic media. People spend all their time and money on a pornography site, even when it starts to affect their health or their relationships. Some people become addicted to gaming or high adrenalin activities.

So how do you know if the thing you are involved in has moved from you just like to have fun to an out of control life? Counselors have three ways to decide if this is a problem or not.

1. Does it affect your job or income? Has this activity you like to do cause you to lose jobs or promotions? Does it get you in trouble at work? Has it negatively impacted your career? Then this might be a problem.

2. Has the activity you are doing interfered with your relationship with family and friends? Once you start losing friends this is a problem. Especially if you find you are making new friends who agree with you that you’re drinking or drugging is no problem and then they ask you to pay for their drug use. See an issue here?  If both your ex’s thought your fun activity was a problem that should give you a clue. And if your family starts avoiding you and doesn’t want you around anymore you may have a problem.

3. If what you have been doing is starting to bother you. If you feel sad all the time or experience guilt when you do that activity, then it just might be a problem. Professionals call this subjective distress. It is easy to see when it involves depression, anxiety, and loneliness.

One way to understand this is that if multiple people suggest to you that you have a problem, weight loss in this example, then maybe you should check it out and see what they are talking about. At that point, you are ready for the second step in the process of change.

Next time we will talk about our model’s second stage of change – Contemplation.

10 thoughts on “Stages of Change or how do we change? Pre-Contemplation”