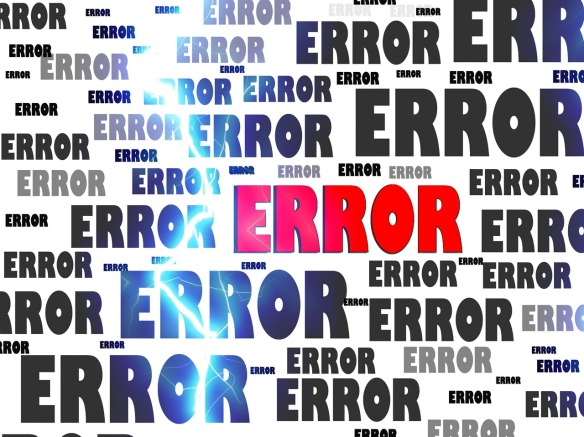 We hear there are a lot of underachievers in our society. Our schools and workplaces seem to be designed to create them. If you want to turn someone with a natural talent into an underachiever the process is simple. Here are the steps you will need to take to create an underachiever.

Your child does something cute, it may not be perfect but that first burst of effort gets noticed. You give them lots of praise. What they did was adorable. You tell them so. They love all the attention. In school, the child may put in extra effort to study and do well on a test. For this example let’s say it was a math test. But it could be a sports skill, art, or anything where superior performance would be noticed. They are rewarded with acknowledgment, a good grade. Everyone is happy. They should be motivated to continue putting in the effort. But they don’t. Why?

On the job site, there might be a critical project, a report that needs to be out right away. This is something that takes extra effort. The employee puts in a burst of effort to get the task done. They get the task completed and they get some praise. They feel good about their effort. Then something goes wrong, very wrong.

The child who got lots of recognition begins to be thought of as good at math. The teacher stops spending time with the child on his lessons. There are other students who need her help more. The parents may slack off on helping the child with his homework. He doesn’t need help, right? He is good at math. This time the child gets no help. They study, for sure, just not as hard. No one seems to care about them and they are identified as good at math. Then their grade slips, maybe on the first test, maybe slowly over time. No one notices until the grade gets back to the level of the rest of the class. Suddenly everyone notices.

The employee, who got that report out on time, now gets assigned a lot of reports to do. They are good at report writing, aren’t they?  But now the recognition and the praise stop coming. They are expected to always do better so they start getting assigned more work. Now if that employee gets a raise or a better office that may continue to be rewarding. But often they get taken for granted and the work piles up. Until one day they turn out a report that is not very good or they turn it out late. Then the boss has a talk with them.

Now in both cases, the person is now getting noticed again. The child may study extra hard for the next test. The employee may work extra hard on the next report. They both get a renewed round of attention for their renewed efforts. But this second round of notice fades faster than the first. What is the lesson these people learn from this?

In both cases, they learn that there are more rewards from occasional flashes of brilliance than from persistent good performance. So they learn to hold back most of the time and then occasionally do a superior job which is always rewarded by being noticed. They have learned the advantages of underachievement. If people have low expectations of you, you get rewarded for good work, but if people expect a lot from you, you might occasionally fail and that will be punished.

This procedure is not the only one that encourages people to fail.

The child wants to please his mother. She tells him to come to help with the dishes. So the child finishes what he is doing and then comes to help. He tries really hard. At the end mother thanks him for the help and then adds that back-handed compliment – “But you could have come sooner.” The lesson learned – no amount of effort is good enough. Maybe they start to think they are not good enough.

Another child may study really hard for the math test. They get ninety-nine correct out of the one hundred questions. Is the parent happy? No! They say to the child “Why did you get that one wrong? You knew that!”

No matter how much that child or that report writing employee do, it will never be enough. Pretty soon the connection between their efforts and success or failure doesn’t look to be working. They may develop a connection that Martin Seligman calls “learned helplessness.”  You might want to check out his book called “Learned Optimism.”

So what is the solution to this problem? If you are that child’s parent or teacher, don’t take superior achievement for granted, keep positively reinforcing it. You don’t need to praise the child every time, but over time you need to vary the intervals between praise so the child knows you are still noticing their efforts. If you are the boss or supervisor of a good employee make sure you don’t take them for granted and pile extra work on them while letting the less able employees slide. The rewards need to match the effort and the work output.

What should you do if you are that child or employee and people no longer notice your efforts? What if you were not rewarded as a child and grew up as an underachiever? Are you doomed? Not at all!

In all these examples the problem for the person who is no longer getting rewarded is that they needed reinforcement from external sources. If you can learn to have what we might call an “internal locus of control,” if you can learn to do things so that you can be proud of yourself, then that lack of reinforcement may not affect you so much.

So it would appear that one of the secrets of having a happy life is being happy with the life you are leading.