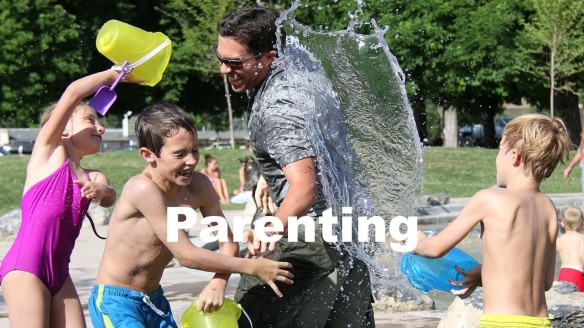 Humans have a significant design flaw.

If I had been the engineer working on the human design team I would have done it differently. Consider for a moment that we put our youngest most inexperienced humans in charge of keeping the species going. Wouldn’t you think we should have the oldest most experienced people in charge of bearing and raising the children? It is a wonder the human species survived.

Fertility is highest among the very young, teens and twenties. Neuroscience tells us that the frontal lobe of the brain is not fully formed until the mid-twenties. Couples get together, have children, and just about the time they get the process down and start to be credible parents they have passed the child-bearing prime and move to being grandparents. Wouldn’t it make more sense to have children late in life when you have the process of growing up figured out?

Most of the time young parents raise their kids exactly the way they were raised or exactly the opposite. So we keep repeating the same excess of behaviors that produced dysfunctional families.

We are told that if parents get it half right their kids will think they are great parents, but what do kids know? And clearly, way too many parents have children at a young age when they are unable to get even half the parent role right.

Did you ever get 100% on a test? Ten years later could you still get one hundred percent? I do pretty well on written tests most of the time. But I do not remember very many 100 %s. So If I only get part of what I am supposed to learn about being a parent and then only pass on half of that – well pretty soon the whole human tribe will be totally ignorant about child-rearing.

Consider the math, if we get it half right and then teach what we know and they get half of what we know and then they pass it on and the third person only gets half of that half we are now down to 12 ½%. Pretty soon at this rate, we are approaching zero. This is the learning curve we used to have on sex education when we avoided telling kids about that all together.

This is an especially large problem for children who grow up in dysfunctional families. Their parents did not know how to be good parents and these children when they become adults have so much trouble caring for themselves there is not much left to use in caring for offspring. But because of that trick of our genes, these uneducated adults reproduce first and then grow up second.

Now don’t get me wrong here – I am not pointing any fingers. I did the “experiment on the first one and see if I can figure this out” method of parenting, just like a lot of my generation.

A few hundred years back they had some mechanisms to reduce the number of children who were reproducing and the problems of young parents who had to learn their parenting skills while on the job of raising kids. First, they used to starve young people, feed the older workers first. And we had lots of childhood mortality. I am not suggesting that we should try this, just saying. Poor diets kept fertility low until people got older and reduced the number of really young people who were giving birth.

More importantly, than late-onset fertility and high death rates among children and young mothers was another factor called relatives. Not just grandparents but other more distant relatives. There was a time when everyone in a town knew each other and they were all connected. That was sometimes good when they supported the younger parents in being better parents and sometimes bad when a dysfunctional pattern, like child abuse or molestation, became common in a small community.

At this point, some of you readers will be saying aren’t people waiting longer to have children? Won’t that solve the problem?  Yes, some people are waiting until they are older to start families. That will help with the better parenting problem if and only if they had good teachers or if they have grown up and matured enough to have learned those how to be better parent lessons. Also, take note there are way too many cases of twelve and thirteen-year-old mothers and fathers. Sometimes these extra young people have help from older adults. In my state, that kind of help is called child sexual abuse and is both illegal and reportable. Not everywhere is it illegal though.

So what is the solution if your parents did not know how to be good enough parents or if you became a parent way too young? I suggest that it is never too late to take a parenting class or read a book on parenting. If you did not learn the lessons you should have learned from your parents you need to learn them and teach yourself first.

One first step in healing the pain of dysfunctional parenting is to learn what good parenting looks like and then to be a good nurturing parent for yourself. As you learn to care for yourself you will get better at caring for others.

Anyone know a good parenting book?

2 thoughts on “What if your parents got it wrong?”