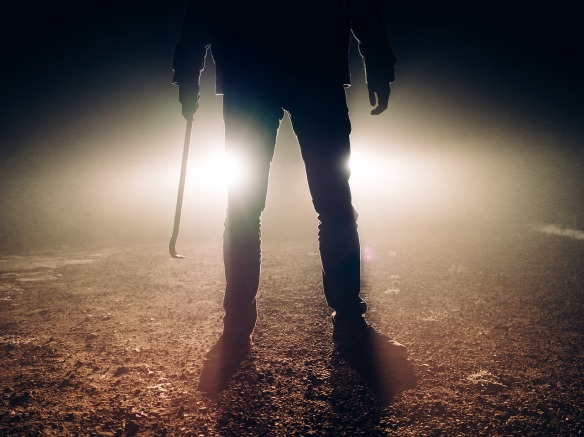 There have been questions recently about why violent or potentially violent people do not receive mental health treatment to reduce their potential for violence. Some professionals have told us that the mentally ill are no more likely to become violent than anyone else. I have said this myself and it is largely true. But not for the reasons we might wish.

Our systems in America and I suspect elsewhere in the world, are designed to exclude those with a potential for violence from our definitions of the mentally ill and to exclude them from most treatment modalities.

I heard a few parents, mostly on the blogosphere, say they fear their own offspring; they have asked for help for their children and themselves and were denied services. I have had to sit and tell these parents that we just don’t have the sort of services they need. If those services did exist they still might not help.

Here are some reasons the potentially violent frequently don’t get treatment.

Most mental health treatment is voluntary. People can’t really be forced to treatment. When they are forced the result is that they don’t get honest and work on changing themselves but want to convince their counselor they are right and others are wrong.

The only way to get many of these violent kids into treatment is to have their own parents press charges and have them arrested. These kids only get mental health services while locked up in juvenile hall or probation schools.

Parents have told me that their own child hit them, knocked them down, and threatened to kill them. Sometimes these are really little children, we wonder where they learned to say and do these things. It would be easy to blame their parents for teaching them to behave that way. But we know deep down they did not learn this exclusively from their parents.

Other times these are not little kids. They are big kids, often gang involved, but the police find their hands largely tied. In violence within the home, they are reluctant to take away someone’s child and incarcerate them.

The parent who a minute before called the police saying “Help,” my kid is hurting me, suddenly does not want them arrested and taken away. The jails are full and putting more kids behind bars is not likely to reduce violence in America. We have found from experience that the more people are incarcerated the more likely they are to become repeat offenders.

People with mental health challenges frequently avoid others. They are shy, depressed, withdrawn. My suspicion is that it is not the mental illness that increases the risk of violence but what happens to these children when they act oddly or different. The different are often bullied, not just physically but mentally and emotionally.

The answer for society has been to create the illusion of safety by expelling mass numbers of students. Homeschooling may be a blessing for a family whose parents can be great teachers but placing a kid on homeschooling who lacks social skills and whose parents say he is out of control is a recipe for disaster.

We know, though we don’t like to accept this, that we can identify these high-risk people, these different children, as early as the end of the third grade. They fall behind in school academically and socially, they get poor grades, act out, quit school, or get kicked out. Even when they are very smart they become isolated and lack of social connection is a high-risk factor for problems.

Drug addiction and alcoholism are rampant among kids today.  They report beginning their use of substance sometimes as young as age eight. Parents tell me that their child was never like that until they did drugs. Adults in drug treatment have said to me their problems began in the fourth or fifth grade or maybe middle school when they first got into drinking and drugs.

There is drug treatment out there for kids, but they are mostly voluntary programs after school. The kids who really want to get high do not show up for treatment. Parents have repeatedly ask isn’t there a program I can send my child to that will keep him locked up and away from drugs? The answer is that in most places there are no such programs. Society, in effect, tells the parents you had them, raising them is your responsibility; even when the parents tell us they just can’t get this child to behave anymore. Any person on drugs becomes unmanageable.

When the child reaches full size then society picks them up and puts them in prison, for a while, very briefly. Increasingly we find our prisons full and the time served shortening. Further, those who were diagnosed with various mental illnesses in the past find funding for treatment and reentry programs have been cut from the budget.

Most of those we are defining as mentally ill, especially in childhood, are the ones who do not sit still or get high grades. Those with ADHD and anxiety get treated. The angry, the hurt, the potentially violent, not many people what them around, and they get excluded from the system.

What are the potential solutions?

Briefly, as I am running out of space here, are my suggestions for solving some of our society’s problems.

1. Make people more important than things by supporting education and mental health services for all.

2. An initiative to work with struggling students in the second, third, and fourth grades, to identify high-risk students and to engage them in society by creating caring relationships with supportive adults. Shift the focus of school counselors from grades and getting into college to being successful in life.

4. Create and fund residential drug treatment programs and long term mental health programs or adolescents. Currently, the potentially violent teen gets out of the psychiatric hospital in a week or two, just as soon as they can convince staff that they really won’t kill themselves or others. We know that up to thirty percent of those who promise in writing not to kill themselves go home and do so.

5. Create and expand behavioral health courts where the mentally ill will need to stay in treatment and on their meds as a condition of staying out of jail and prison.

6. Reduce violence in our society by creating positive alternatives. I tend to believe it is hard to maintain a violent rage while reading a good book. It is much easier to stay angered up by playing violent video games and doing drugs.

There you have my over-brief thoughts on why the potentially violent are being excluded from our mental health systems, how we might change this if we just had the willpower and the changes that are needed.

What do you think about this?

4 thoughts on “Why violent people don’t get mental health treatment.”