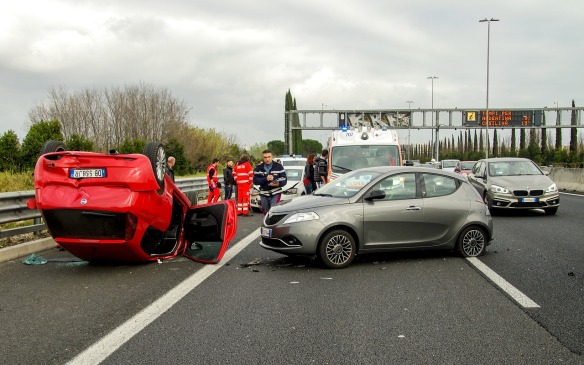 Body remembers what the mind forgets.
Photo courtesy of pixabay.

We don’t have just one memory system.

Seems that memory is a lot more complicated than we used to think. Like computers with different operating systems, our brain has a lot of different ways in which memory is saved, processed and recalled. This may explain some of the problems we have with sudden unexplained reactions to things that we didn’t know would affect us that way.

People with a history of trauma may respond in extremely strong ways to seemingly minor things. This is not an “over-reaction” but this unusually strong reaction to a small cue in the environment may be connected to the way they have stored that memory.

Let me try to explain this one and see if I can get this memory stuff right.

One way we remember things is by creating a story about the events. This is called the “verbally accessible memory system (VAM.)” These memories can be saved accurately when we are paying full attention to what is going on. This is the kind of memory that is most useful for the student sitting in class listening to the teacher and taking notes.

The second form of memory is called Situational Accessible Memory and is largely a compilation of the sensory data that is stored in a second redundant memory system. So this memory system will be recording how the person felt during that lecture. Was it boring, did their back hurt? If the lecture was boring they may store the bodily sensations they experienced while in class. If the lecture used humor and stories the student may remember laughing and enjoining the class.

These memories are not stored in one system or the other but in both. Which system holds the most detailed and important memories depends on a whole lot of what was going on at the time things happened.

Many people will tell us that their first memory in life was a picture of something they saw often combined with other sensory data such as smells, tastes or tactile experiences. As we get older we develop more of a vocabulary and are able to record more of the verbal story elements. We come to know that the brown thing was a cookie and those dots were chocolate chips and that smell was mother baking. The sensory data is transformed into the story of mom’s Christmas chocolate chip cookies.

Sometimes, times in later life, when emotional events happen or we experience a trauma, the body shuts off or restricts that verbal channel and as a result that emotional event is stored as a highly emotional sensory memory.

Levels of various chemicals in the bloodstream and in the brain, which is largely filled with blood, determine the way in which these memory systems interact. Hang with me here because some of this may explain why we remember or don’t remember aspects of trauma.

Our human brains also include some primitive structures and processes. One system governs those basic survival skills we share with other animals. So the lizard’s reaction to stress and ours is a lot alike.

The lizard sees you hand coming, he tries to hide by freezing and not moving. Maybe if he does not move you won’t see him. This protective mechanism functions automatically just like your heart that keeps beating all night even though you are asleep. So regardless of what you plan, there is likely to be a hesitation when an emotionally charged event occurs. During that hesitation, we, just like the lizard, tend to freeze. Police officers and combat troops need to be overtrained to respond in order to reduce that hesitation.

Next, as the hand continues the reach for the lizard, he will suddenly spurt as fast as he can go to get away. This behavior we call flee. During that flee process all resources will be focused on escape. So during this process, verbal memory will stop or reduce recording. People who have experienced trauma might describe this as “blind fear.” So while they are running they may not remember where they went, what they leaped over or what sound was coming over the radio, still, some other sensory data may be stored at a magnified volume.

Lastly, the poor lizard in our story, cornered with no way out, will turn and flare out to try to make themselves as large as possible. They prepare to fight, even knowing they may die, but they are going to get their licks in and hope when they bite you, you will drop them in pain. Humans sometimes report that when they got far into fear or anger they began to attack even though there was little hope of winning the fight. This is sometimes described as a “red out” meaning the anger got so strong that most other verbal memory processes and rational thought shut off.

In higher mammals, there is one other stress response here that has a bearing for humans. The puppy when under attack may roll over on its back, exposing its stomach or neck and in effect giving up. They are saying to the attacker go ahead do what you want I give up. We might call this behavior “placating.” In a human that rolling over and playing helpless or dead is often accompanied by some form of dissociation. This could be a momentary blank spot in the memory recording or a longer dissociation.

This result of shifting memory systems may explain why a seemingly unrelated sensory trigger can set of an episode of fear and stress. The victim of a previous assault may see a yellow car and suddenly be overcome by fear. Last time an assailant chased them they ran full speed until they ran into a yellow car, seeing that same color car cause the sensory memory to spring back to work and recall the full trauma, stress hormones and all.

Hope that explains some of the potential relapse triggers for emotional conditions that may be present in the sensory memory even if not available consciously in the verbal memory system. My apologies to any memory researchers out there if I have gotten any of this theory incorrectly.

So have any of you ever experienced a sudden emotional response that came out of nowhere?

5 thoughts on “Body remembers what the mind forgets”