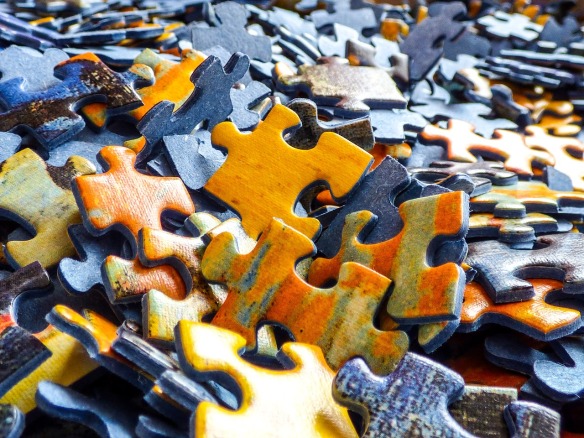 They may not be lying;

They remember things that never happened.

Drugs suppress true memories but also increase false memories. We have heard a lot about false memories over the last few years. Most of it around questioning techniques that suggested to children they had been abused. As a result, they began to believe these things had happened and then thought they remembered things that turned out to be false memories.

Recent research suggests that drugs and alcohol, as well as certain emotional states, may increase the risk that what people in recovery are remembering did not actually happen despite their memories.

People with certain mental or emotional problems are at increased risk to have false memories even if they never abused substances. Something about the chemistry of the brain regulates not only true memories but also creates false memories. We can get ourselves into trouble when we start believing memories that never happened.

There is a common belief in recovery circles that substance abusers have told stories, lies, so often they begin to believe their own dishonesties. I have seen enough examples of this phenomenon to believe it does happen. But the creation of false memories goes beyond simple lies and the person who told that lie beginning to believe the falsehood.

One group of researchers conducted a study using two commonly used and abused substances and came up with some surprising results (Ballard et al 2012) surprising to me anyway.

The test they used, called the DRM, gives people a list of words, such as bed, rest, awake, tired, dream. What is missing from the list is a word that would be commonly associated with the word list but which was never shown to the research participants. In this case, the word they are looking for was “sleep.”

If you remember the list correctly or are very observant you know that sleep was not on the list. The trick here is to see how many people will swear that the missing word, in this case, sleep, was shown to them. Using a procedure like this the researcher can see if a specific drug or emotional condition will increase the risk of a false memory. In this experiment, they wanted to see how many people would say that the word sleep was shown to them when it had not been a part of the experience.

This simple experiment may not make much difference. Does it matter if I think sleep was on the list of words I read? But if a drug or emotion increases my errors on this test it suggests that I may remember other things that did not happen. Did I remember someone being at the party that was never there? Do you remember being touched inappropriately when what really happened was a handshake or a pat on the back? Those things matter.

Some drugs reduce your ability to remember things that did happen. Alcohol is at the head of the list. Benzodiazepines also impair memory. Some drugs have been called date rape drugs and banned or tightly controlled for the same reason. The big question has been what effect do these drugs have on the creation of false memories? Ballard and group looked at that question.

It would be easy to conclude that depressant drugs like Alcohol and benzodiazepines would reduce memory and therefore give room for more false memories to fill in the gap. There is a related concept called “Confabulation” in which alcoholics brains fill in the gaps in memory that are the result of not having stored memories in the first place. Confabulation plus blackouts leave the memory of Alcoholics suspect.

We would expect that stimulants like caffeine and amphetamines would increase true memories and reduce the chance of false memories. That is not what happens. In Ballard’s study Amphetamines, of the type prescribed for ADHD, increased true memories but also increased false memories. An earlier study by Capek and Guenther (2009) cited by Ballard found the same effects for Caffeine.

The drug used in Ballard’s study was THC, the most studied active ingredient in Marijuana, given in pill form. While this is not exactly the same as smoking Marijuana it is likely to be very similar and much more specific that studies using drugs of unknown potency. There are other chemicals in smoked Marijuana and the research on those other compounds is very lacking.

They found that Amphetamines had a larger effect in creating false memories than THC and while THC may affect both memory storage and memory retrieval, this study at least did not find a significant increase in false memories for THC users.

There are lots of problems with taking studies done in the lab and translating them to the experiences of people who take drugs in their daily life.

It is worth noting that there was significant individual variation in the effects of both drugs on true and false memory. So the conclusions are for all the people in the study as a group and individual results did vary. This raises questions about what individual differences account for these variations.

In Ballard’s study, as in so many other studies, people with diagnosed mental illnesses or those with a current substance abuse problem are not included in the study. Those are exactly the people for whom the effects of drugs and mood states on false memory may be the most critical.