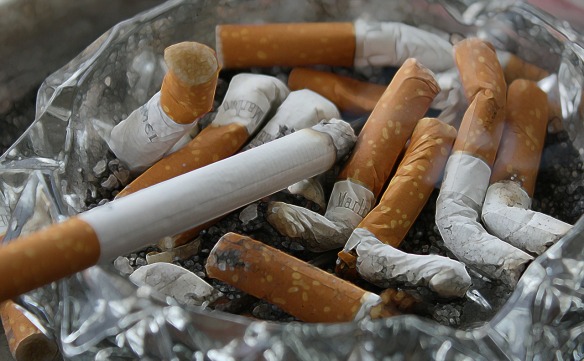 The younger you start smoking the riskier it is. In our efforts to teach kids about drugs and addiction we have been neglecting to focus on the one drug that seems to be the ticket to later-life mental illness and addiction.

That drug is nicotine.

Most young people with a drug or alcohol problem began to smoke between the ages of 11 and 13. Early use of alcohol is also a factor. For now, let’s talk about the impact of smoking cigarettes on teen’s development of a mental illness or an addiction.

Among adult smokers, over 80% began smoking in the early teen years.

Fortuna Et al. reported on a study of adolescents in a residential substance abuse treatment program. You need to have developed a serious problem to get into residential treatment in most places these days. What they found was disturbing.

An occasional smoker, those “social” smokers, can develop a dependency on Nicotine in as little as 4 weeks. Kinney reported in a drug treatment book that after smoking just one cigarette, once they light up that second time, a young person has an 85 % chance of becoming a daily smoker. That is an extremely addictive substance.

Among teen smokers in residential substance abuse treatment, the problems with mental illness were significant. Those with depression and anxiety, both common across the lifespan, they were twice as likely to develop nicotine dependence as those without a mental illness.

People with Bipolar Disorder and or Schizophrenia are three times more likely to be nicotine dependent. Even the rates of smoking among those with ADHD are reported as significantly higher than those with no mental illness diagnosis.

Being the victim of, or being exposed to trauma, domestic violence or other abuse and neglect also correlate with an increase in smoking and nicotine dependency.

It is worth noting that from the design of these studies we can’t be sure of the exact nature of the connection. Does smoking increase the risk of developing a mental illness? It looks likely. It also looks likely that those with a preexisting mental illness are more likely to take up smoking. Either way teen smoking is a whole lot more troubling than anyone recognized in the past.

What Fortune et al. did conclude in their study was that a teen’s cigarette smoking significantly increased the risk of them developing a serious drug or alcohol addiction. They also report that those with co-occurring disorders, addiction, and a mental illness are much more likely to become nicotine dependent if they start smoking.

In this study, the only drug that teens had used first more often than smoking tobacco was smoking marijuana. We have known that route of administration significantly impacts the way the drug affects a user. It seems to me that any drug that is smoked can lead to dependency faster than other routes of administration. Even so, the conclusion that more teens with co-occurring disorders began by smoking marijuana is a concern.

Alcohol use was a close third in the drug that teens who later developed an addiction had used first. This suggests that parent use, societal approval, and ready availability are all factors in teen’s first picking up a drug and then in progressing to a more serious substance use disorder.

Most of this kind of research looks at those who develop problems and then looks back at what route the followed to get to addiction. We can’t be sure what percentage of teens that smoke cigarettes, do marijuana, or drink alcohol will go on to develop a substance use disorder or a mental illness. Still, it seems clear that those who do develop an addiction or a mental illness, most of them started abusing the readily available substance at an early age.

In studies of teens in drug treatment, Fortune et. al especially notes this, smoking is so common, almost every teen is a smoker, it is hard to see the differences between the smokers and the nonsmokers.

Lawrence et. al, looked at the connection between smoking and mental illness in a large sample of youth, not in treatment. Their conclusions were similar. Teens with a mental illness were far more likely to start smoking at an early age, smoke on an everyday basis, and be heavy smokers. They clearly identified a link between teens who smoke and mental illness.

Other research and treatment protocols have looked at the need for a different form of treatment for those whose primary drug of choice was Marijuana and who had self-reported this as being a problem. For more on drug-specific treatment of Marijuana look at the SAMHSA publication on Brief Counseling for Marijuana Dependency (BCMD.) This publication is free.