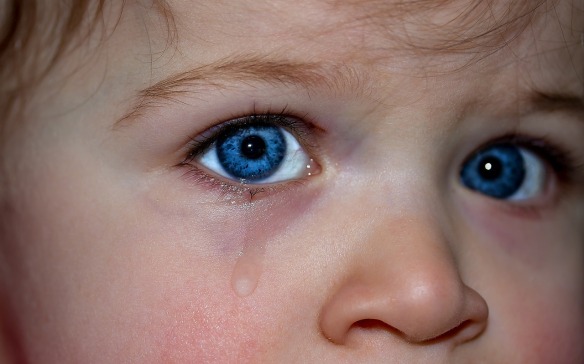 Ways to be a bad parent.
Photo courtesy of Pixabay.

18 ways to be a really bad parent.

Here are 18 really bad ways to treat children. Do them enough and you can destroy a child’s life. Some parents do these things out of ignorance, others out of meanness. (Want to be a good parent then avoid these traps.)

How many of these child-warping parenting techniques do you use?

1. Never tell your kids you love them.

Parents are for discipline not love. They should know you love them, you feed them sometimes right?

You can be strict or you can be lenient as long as the kids know you love them. Strict without love is abusive. Lenient without love can turn into neglect.

2. Point out everything wrong with your child.

Point out every mistake they make. Keep at them until they get it right or give up. Over the years I have seen a whole lot of people who came from non-affirming homes. No matter how hard they tried they could never please their caregiver. Eventually most stopped trying. They also developed a concept of themselves that they were incapable of doing anything well. Some of these people had extraordinary talent; just no one ever told them so.

Pick on them every chance you get. Point out the flaws in their face and how ugly they are. Prepare them to deal; with the “real world.”

The result of this sort of bullying is people who develop a victim mentality. They think they deserved to be bullied and they become permanent victims or they get angry and they strike out at anyone and everyone.

Constantly running a child down is a form of child abuse, not good parenting.

3. Belittle children in public whenever possible.

Make sure you publicly belittle your child and you will teach them to avoid others. This can result in a lot of social phobias, people afraid to be in public because they know they will be put down by others.

Break their spirit while they are young and they will never have to attempt anything that might show you up.

4. Do all the things you told them not to.

Remind your children to “do as I say not as I do.” This sets them up to be hypocrites and liars. Do not be surprised when they do sneaky things behind your back. You taught them to say one thing and do another.

5. Never teach them anything, make them find out for themselves.

Remind them you shouldn’t have to explain things to them. Call them stupid if they ask questions. Keep them ignorant and they will be slow to catch onto how lame their caregiver was.

6. Remind them you expect them to be a failure.

Tell them often enough and they will live down to your expectations. Most kids want to be just like their parents.

7. Do not ever talk about the future with them, they have no future.

The best way to repeat the cycle of dropping out of school, early parenthood, and a life on welfare, with no job and no hope, is to set this example yourselves. Let them know that you expect them to be an even bigger failure than you were.

Make sure you never share any of life’s lessons you have learned with them.

8. Remind them constantly you are the king in this castle and they are peasants.

Set them up to be the victims in a controlling relationship for the rest of their life. Undermine their self-esteem and intuition.

9. Tell them how they should be feeling.

Make sure you invalidate everything they feel. If they tell you a feeling tell them no they are not feeling that, they are feeling something else. Remind them that their only purpose in life is to feel the way you tell them to feel.

The expressions “You should not feel that way” and “you should be feeling the same way I do.” Will help undermine their ability to feel what they are feeling.

10. Never let them think for themselves.

Make sure your children do not learn to think for themselves. This makes them easier to control. You will need to control them for a while though eventually they will become controlled by drug dealers, pimps, or abusive partners.

Congratulate yourself you have created an easy to control adult with the emotions of a child.

11. Tell them everything, never ask.

Convince them that their opinions do not matter. Make them doubt themselves and they will never attempt anything worth doing.

12. Never explain anything; it is over their heads anyway.

Create in your children the love of ignorance. This will protect them from schools, learning, and the risk of ever accomplishing anything in life.

13. Family communication means you tell them.

Do not let them ask to have their needs met. Keep all family communication a one-way street. You didn’t talk to their other parent why would you want to talk to them?

14. Toughen them up for the real world.

Make sure you instill a negative dog-eat-dog attitude in your children. You would not want them turning soft on you. People who do for others are soft. You are hardening your children up so they can be takers.

If you beat the stuffing out of them they will know how to take the beating that others will give them. Make sure that they know the only thing they deserve in life is a good beating.

16. Never tell them the truth about anything, keep them guessing.

You don’t owe children the truth. They wouldn’t recognize it if you told them anyway. Keep them, believing all the stories you tell them for as long as you can.

If you call all your kids by pet names you can turn them into animals. It will be fun to watch them quarrel and hurt each other.

18. Forget being consistent, keep them guessing.

Good parents are consistent and loving, two things you would never want to be.

If you enjoy doing all these things to your children you will love watching them do the same things to your grandchildren, should you get to keep them in your life that long.

If these recommendations appall you then make sure you do the opposite and nurture those children.