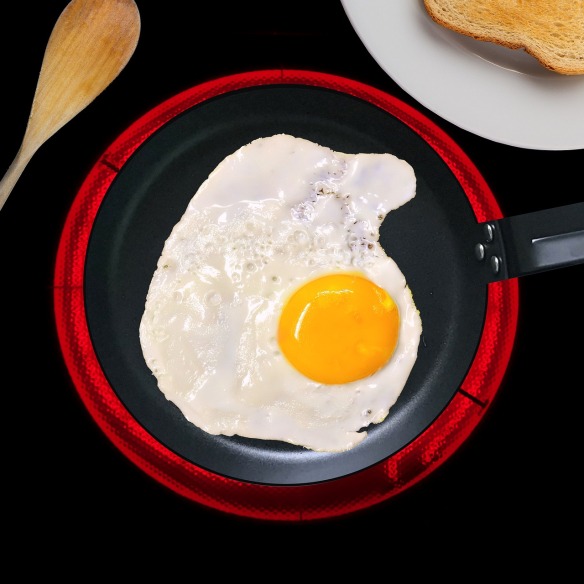 Drugs can fry your brain.
Photo courtesy of Pixabay.com

Stimulant drugs cause overheating of the brain.

Most of what we know about brain temperatures comes from studies of rats but it looks like the human brain runs at a temperature very close to the rat’s brain.

When Mr. Rat is sleeping his brains temperature cools down to about 95 (35C.) During the day Rat’s brain will mostly be around 98.6 (37C) which is what we expect the human brain and body to be.

When drugs are introduced into a mammals system, as they are metabolized, the brain’s temperature will shift to reflect that metabolism. Physical exercise and emotions alter this brain temperature also.

The way that a drug affects the brain’s temperature is, as are many other effects of drugs, very dependent on the dose of drugs and the route of administration.

That was his top brain temp without drugs. But let Mr. Rat, and presumably, humans, start tweaking on Meth and his brain temp cranks up to an over-the-top level of 104 (40C.)

At that point, the brain temp has begun to damage Mr. Rat and his larger human cousin’s brain. From here on as the brain temperature rises, the blood-brain barrier, the thing that protects your brain from infection and other damage, begins to leak. At this temperature, the very structure of the brain begins to “cook” as in there are structural changes.

I am not making this stuff up. I found this is in Kiyatkin’s article “The hidden side of drug action: brain temperature changes induced by neuroactive drugs,” from Psychopharmacology (2013) 225:765–780

Kiyatkin also points out that while the human brain only contains 2% of your body weight it uses up to 20% of the energy you use every day. This may explain why since T. V. came on the scene humans are thinking less and weighing more, but that is a topic for another blog post. (The T. V. part is my theory, not Kiyatkin’s.)

He does point out that the brain holds heat and the temperature there is likely to run hotter than the body temp, the center of the brain runs hotter yet as it takes a lot of blood flow to cool that part of your brain down. So if someone is doing (abusing) a drug like meth, ecstasy, or molly, the temperature in their brain center is likely to be higher than the rest of them.

The hotter the temperature of the brain the more severe any brain injury is likely to be.

This same study looked at rats trained to press a lever to get Cocaine and those rats who just had to wait around for an injection. The rats who self-injected or were drug-seeking – guess what? The temperature in the brains of addicted rats goes up when they are looking for cocaine. This suggests, at least the way I read this study, that the stimulant drug had changed the way the brain utilizes neurotransmitters and regulates temperature.

Both Meth and MDMA (Ecstasy or Molly) induce strong peripheral vasoconstriction. So while they increase the temperature in the brain they reduce the ability of the body to get rid of this heat.

In male rats when the room temperature went up to 29C (84.4) and they had social interactions with female rats, something that would normally raise the temperature of their brain slightly, Meth raised their brain temperature to dangerous levels (42C, 107.6F.) and within 6 hours 5 out of 6 rats died.

This brain cooking phenomenon may well explain the reports of deaths at human social events from dehydration despite efforts to drink water and stay cool.

Humans can tolerate Meth and other stimulant drug doses better than rates and we humans are better at regulating temperature. Still, above 104F (40C) high brain temperatures are implicated in permanent damage to the brain. (See (Chen et al. 2003; Iwagami1996; Oifa and Kleshchnov 1985; Lepock 2003; Sharma and Hoopes 2003; Yamamoto and Zhu 1998) quoted by Kiyatkin,)

So when people tell you that Meth, Ecstasy, or Molly is cooking your brain, they are telling it right.

1 thought on “Meth, Cocaine and Ecstasy really do cook your brain”