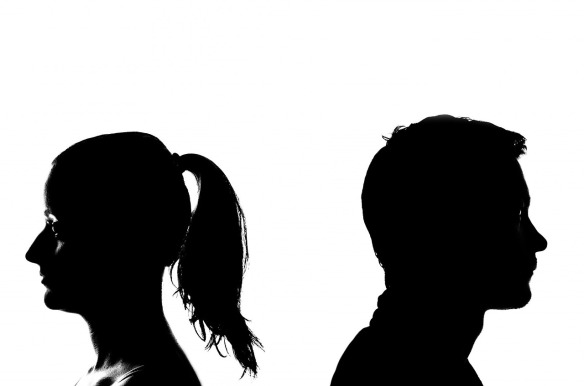 The way you argue makes or breaks relationships.

Sooner or later people in close relationships end up disagreeing and that leads to fights. By fights, I am talking about arguments not episodes of physical violence. What happens during and after those disagreements determines the fate of the relationship.

Pile up a lot of arguments and your relationships suffer. Whether you win or lose those disagreements the residual ill feelings can do permanent damage to that connection.

One disagreement trap people fall into is to think that when the fight occurs they need to win the argument at any cost. Sometimes you win this one little battle but the rest of your relationship becomes an entrenched war.

Using unfair fighting tactics can result in two losers and no winners. Make sure that the tactic you use in your discussions with your partner are fair ones that do not leave the relationship in ruins afterward.

Here are some ways to disagree constructively that may help you argue without destroying your relationship.

1. Accept that it is OK to disagree.

The majority of things couples fight about have no solution. You like Coke and they like Pepsi. They insist on supporting and voting for the wrong party. Chances are you won’t change them.

Some things like politics, religion, preferred beverages, and music have no solution. You disagree, you argue, you fight, you hurt each other and the relationship.

If you two like to talk about these subjects, all is well. But if you continue to insist that your partner needs to change their opinion to suit you, then you are headed for trouble.

Learn to accept that not everyone in life has to agree with you, especially your partner or close friends, and enjoy the things you do have in common.

If there are absolute must-haves in this opinion area you should check this out before you get into a hard to get out of the relationship.

Live and let live if you want a good relationship.

2. Only argue about things for which there is a solution.

Do not argue about the other’s family. They can’t change that and your insistence that they came from a defective background is hurtful. Skip the fight about your and their music choices. Work instead on way to manage these preferences.

Can one of you list to music wearing headphones? Can you set limits on certain types of entertainment?  Can you agree that when you are both in the living room together this is a music free zone?

3. Solve the problem not destroy the other person.

When fighting stay on topic. Leave the hurtful comment bombs unused. Way too many people think that the way to win the argument is to pull out the zingers and to say something to make that other person really hurt.

Those favorite destructive weapons get used over and over. Hurt the other person enough and there will be no life left in that relationship.

Fair fighting – the kind that helps relationships grow not leaves them demolished, should never include personal attacks and deliberate infliction of pain.

4. Look for a win-win solution.

We used to call this compromise and people got the impression that what we meant was you win one time so to be fair you need to lose next time. Trading off on winning and losing is not a healthy way to manage conflict.

Say you want to go out this Friday and they want to stay home. Both of you are insisting that the other do what you do. One solution to this might be that you each do your preferred activity and then you plan some time another day to do something together.

Be careful of hidden agendas in attempting to select Win-win solutions. Is the person who wants them to stay home trying to cut their partner off from family or friends they do not like? Is the person who always wants to go out still trying to act single and do a lot of drugs and alcohol?

Focus the disagreement not on the differences, but on the feelings. Why does one of you feel anxious or threatened when the other insists on a certain activity.

5. Listen to understand not to refute.

One major thing we work on in marriage counseling is not how to express yourself, most people can yell their point across. The missing skill is often listening.

Frequently the two people are not even arguing about the same topic. When one person is talking the other is thinking of what they will say in response. Often they are way off base because what they think the other person is saying is not what they meant.

When the other person is talking, try to get, not just the words they are saying, but the feelings behind those statements. Are they saying that something is scaring them or frustrating them? How can you help them feel safe or reduce their frustration?

6. Respect the other person’s feelings.

Do not dismiss feelings. If something scares your partner do not tell them they should not feel scared just because you do not get that feeling in a given situation.

Each person is a unique individual. Some people are born more at risk for anxiety or depression. Other people have had sad or frightening experiences.

Work to understand what they are feeling and how sights, sounds, or actions may be triggers for them. Reduce the negative aspects of the situation and you may find a place where you can agree.

7. Admit when you are wrong.

This does not automatically mean you lost the argument. Being able and willing to admit when you are wrong creates space for the other person to admit their mistakes also.

If you are wrong do not keep arguing about why you came to that conclusion. End the fight and move on. It is OK or should be, for either of you to sometimes be wrong. Life is about having new experiences and you will never know how each action will turn out.

8. Make repair efforts after the fight.

Arguments, disagreements, and even loud fights can occur in almost any relationship. Try to minimize the conflict by believing that the other person really does want to get along.

If you are really convinced that they want to harm you, think about how to change or end this relationship.

People who survive fights and go on to have good stronger relationships make frequent repair efforts. They apologize after a fight. They truly try to change and avoid unnecessary conflict. When there has been damage done they can apologize and try to make things better in the future.

Happy couples have fewer fights, have more positive interactions, and make frequent efforts to repair any damage to that relationship as soon as possible.

How might learning to fight fair help make your relationship a better one?

2 thoughts on “Ways to fight fair”