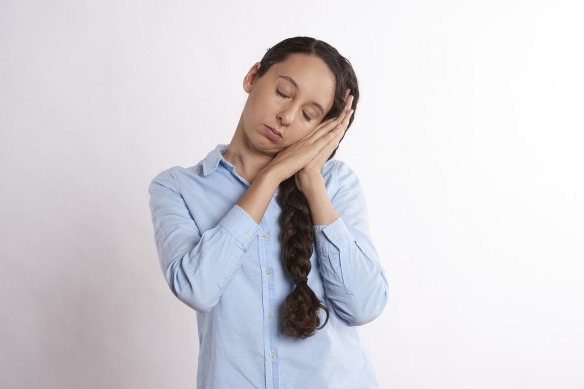 Can people really do all that stuff while asleep?

Turns out that people can do a number of things while mostly asleep. Sleep Walking (Was DSM-IV 307.46 Now DSM-5 F51.3) and Sleep Terrors (DSM-IV 307.47 now DSM-5 F51.4)) use to be considered separate disorders. In the New DSM-5, they have been combined into one category, Non-Rapid Eye Movement Sleep Arousal Disorders. Despite now being one disorder with subtypes they get coded with two different numbers. (DSM is a registered trademark of the APA.) In the new lists, ICD-9, ICD-10, and oh my ICD-11, these numbers may all keep changing, sorry about that.

The Sleep Walking part also covers some other behaviors that can take place while the person is mostly asleep. It is also possible to engage in Sleep Eating and Sleep Sex. Sex while mostly asleep has also been called sexsomnia. Sleep Eating and Sleep Sex are specifiers added to the Sleep Walking diagnosis. These specifiers do not get their own numbers.

For someone to get this diagnosis these things must happen repeatedly not just occasionally.

And yes these things are considered real diseases not just excuses for things people do that may bother others.

Sleepwalking along with sleep eating and sleep sex are all things people do early in the sleep cycle before REM sleep, hence the name Non-Rapid Eye Movement Sleep Arousal Disorders.

One characteristic of Sleepwalkers is the blank look on their faces. Other clues that this person is not awake and is functioning on autopilot are the difficulty you will have in waking the sleepwalker up.

There was a belief that you should never wake someone up who was sleepwalking. I see no evidence that this is particularly harmful other than the sudden jolt that comes from waking up in a place other than where you went to bed. On the other hand as hard as it is to wake sleepwalkers most of us will elect to just lead them back to bed and try to get them in the correct posture for sleep.

Sleepwalkers are also unresponsive to efforts to communicate with them. You can talk to them all you want but they just keep wandering around. Picture the actors you see in those zombie movies and you have a close approximation to the characteristic sleep-walker.

These episodes of sleepwalking happening in Non-REM sleep come without memories. This is described as having an “amnesia” for the events that happened during the sleepwalking.

The full diagnostic criteria are in the DSM-5. As with most other disorders, this one does not get used if the cause of this event is drugs or medications or if it seems to be caused by some other medical or psychological condition.

Sleep Walking Disorder is separate from Nightmares for several reasons. Nightmares and Bad dreams happen later in the sleep cycle predominantly during REM sleep. People remember what happened during nightmares and bad dreams. Nightmares often are connected to real-life events as in PTSD. Sleepwalking just happens out of nowhere.

FYI These “What is” sometimes “What are” posts are my efforts to explain terms commonly used in Mental Health, Clinical Counseling, Substance Use Disorder Counseling, Psychology, Life Coaching, and related disciplines in a plain language way. Many are based on the new DSM-5, some of the older posts were based on the DSM-IV-TR, both published by the APA. For the more technical versions please consult the DSM or other appropriate references.

More “What is” posts will be found at What is.

1 thought on “What is Sleep Walking?”