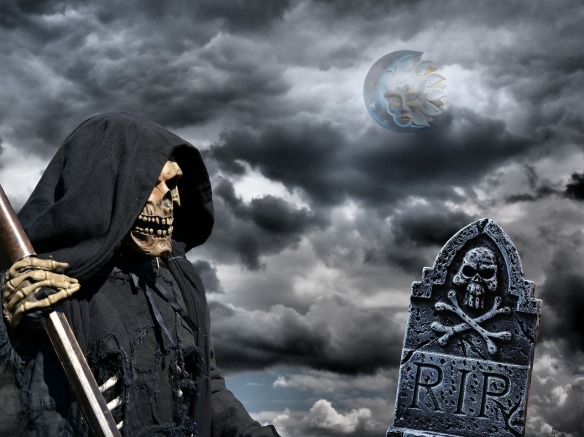 There’s more than one kind of paranoia.

Paranoia can also be a part of several other mental illnesses including, depression, bipolar disorder with psychotic features, other psychotic disorders, delusional disorder persecutory type. Suspicion and even paranoia may also be features of cognitive dementia and substance use disorders.

There is also a condition known as “Subclinical paranoia” in which the person has milder forms of trust issues, suspicion, or paranoia. Symptoms that may cause them problems, but doesn’t quite meet all the criteria to be diagnosed as a specific mental illness. Professionals are beginning to believe that paranoia can exist on a continuum from occasional mild symptoms to the more persistent and serious symptoms that we see in those people diagnosed with Paranoid Personality Disorder.

Many cases of paranoid personality disorder do not get diagnosed. People with this disorder, whether in a mild form or more serious one, distrust others and believe people are out to harm them. As a result of these beliefs, they tend to avoid others, professionals in particular. Those with paranoid personality disorder are likely to only be diagnosed when they are involuntarily hospitalized for mental health issues or forced to be seen by professional because of criminal or legal issues.

How is Paranoid Personality Disorder diagnosed?

To receive the diagnosis of Paranoid Personality Disorder someone would need to exhibit the presence of at least four symptoms from a list of 7 possible symptoms. These symptoms involve suspiciousness, trust issues, beliefs that others are deliberately trying to harm them. The DSM calls for the symptoms to begin by early adulthood and happen in multiple contexts. This leaves us with a gray area in diagnosing paranoid symptoms which develop in senior citizens.

It’s easy to see that there can be a large mathematical number of combinations of having or not having the seven symptoms. My math tells me that there are over 5000 possible combinations of these symptoms with 840 of those combinations meeting criteria for a diagnosis of Paranoid Personality Disorder. Since we don’t have laboratory tests such as blood tests or x-rays to detect the symptoms, they are evaluated using symptom check-lists either from the patient’s reports or observations by others. Depending on how the client describes their feelings and the mood of the therapist’s that day it’s easy to call a particular symptom either in or out resulting in fuzzy diagnoses.

Many of these possible symptoms can vary in intensity. Deciding if someone has 3, 4, or 5 symptoms present can be very much a judgment call. Using more objective screening tools and checklists result in a large number of people who show some symptoms, but not enough to make the cut off for having Paranoid Personality Disorder. One commonly used instrument is the 20-question questionnaire, Paranoia Scale by Fenigstein and Vanable. Results from this scale vary from very low, occasional, symptoms of paranoid to extremely high and constant levels. In future posts, I want to talk about those people who fall in the middle of the score range on the paranoid scale, enough that they frequently experience trust issues and suspicion but don’t quite meet the cut off to be diagnosed with Paranoid Personality Disorder.

What are the 7 symptoms that may be present in Paranoid Personality Disorder?

People with Paranoid Personality Disorder assume that others are out to get them. Sometimes these thoughts are totally unreasonable but other times there a matter of opinion or even experience. If someone has harmed you in the past, it’s not unreasonable to be on the lookout for other people seeking to harm you.

If your partner has cheated on you before, it’s hard to trust them again. Sometimes the mistrust makes sense but other times the injured spouse develops a persistent sort of paranoid jealousy, and no amount of checking will convince them that their partner is faithful.

People with varying levels of paranoid thoughts spend a lot of time doubting and worrying about whether the people around them are trustworthy and loyal. When you’re high in paranoia, you find it difficult to believe you can trust anyone.

Paranoia makes it harder to trust others and makes you reluctant to share personal information with others for fear they will use that information against you. They may be reluctant to answer personal questions and when asked to fill out forms may refuse to give answers to some questions saying that these things are “nobody’s business.” This high level of distrust leads them to believe that accidents were deliberate and that routine jokes were meant as personal criticism. The paranoid person is likely to take compliments as veiled insults.

There are some other characteristics of paranoia which aren’t included in the diagnostic criteria but are listed as associated features. It’s really hard to get along with people who have even moderate levels of suspicion and distrust. People who are high in paranoia are likely to be control freaks and have difficulty getting along with others.

Not everyone with trust issues gets diagnosed with Paranoid Personality Disorder.

As with the other things we are calling a mental illness this needs to interfere with your ability to work or go to school, your relationships, your enjoyable activities or cause you personal distress. Otherwise, you may have the issues, but you will not get the diagnoses if this is not causing you a problem. If the only time this happens is when you are under the influence of drugs or medicines, or because of some other physical or medical problem, this fear needs to be more than your situation would warrant. These other issue needs treating first; then if you still have symptoms, you could get this diagnosis.

In upcoming posts, we will look at the overlap between paranoia and substance use disorders, some possible causes for paranoia, some of the milder variations of fearfulness and trust issues as well as ways to reduce the impact of your trust issues on your ability to have a satisfactory life.

FYI These “What is” sometimes “What are” posts are my efforts to explain terms commonly used in Mental Health, Clinical Counseling, Substance Use Disorder Counseling, Psychology, Life Coaching, and related disciplines in a plain language way. Many are based on the new DSM-5; some of the older posts were based on the DSM-IV-TR, both published by the APA. For the more technical versions, please consult the DSM or other appropriate references.

See Recommended Books.     More “What is” posts will be found at “What is.”

Sasquatch. Wandering through a hole in time, they encounter Sasquatch. Can they survive? The guests had come to Meditation Mountain to find themselves. Trapped in the Menhirs during a sudden desert storm, two guests move through a porthole in time and encounter long extinct monsters. They want to get back to their own time, but the Sasquatch intends to kill them.

For more about David Joel Miller and my work in the areas of mental health, substance abuse, and Co-occurring disorders see my Facebook author’s page, davidjoelmillerwriter. If you are in the Fresno California area, information about my private practice is at counselorfresno.com.