Today Only – Casino Robbery – An Arthur Mitchell and his dog Plutus Mystery – Kindle edition is free on Amazon. 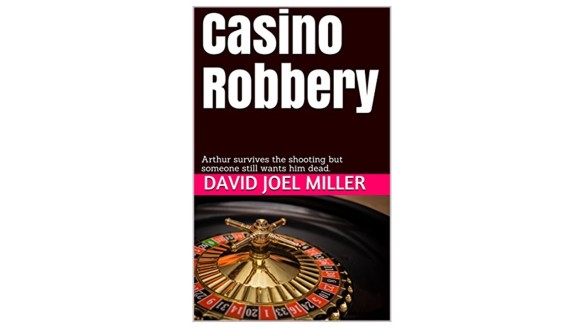 Arthur survives being shot in the casino robbery, but someone still wants him dead.
He can’t forget seeing his fiancée die in the robbery. Plagued by recurring nightmares, unable to return to the casino, he retires to a small town where he buys a roadside second-hand store and a double-wide trailer. Then he learns his fiancée had a troubled past full of secrets and someone is trying to kill him to keep those secrets out of the public eye.
This fictional book was originally written in 2016 as part of the NaNoWriMo competition and was one of the winners. Sadly, the traumas of mass shootings have increased recently. This book explores one person’s efforts to cope with his PTSD and to find a “why” that satisfies him.