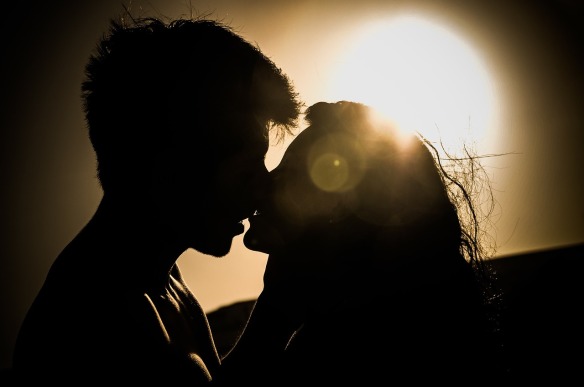 One way to improve relationships is to encourage others to do the things we want them to do. This is true whether the relationship we are talking about is a romantic one or the parent-child type. Last time we started to talk about the use of rewards to increase positive behavior. Professional behavior modifiers call this approach the use of positive reinforcement. When we say rewards, lots of people think of tangible things. But positive reinforcements include lots of things that are not physical, like praise and encouragement.  There are some guidelines for using positive reinforcements. Correctly used they are powerful but incorrectly applied they will disappoint.

Marriage counselors stay busy with couples whose main ways of trying to change their partner is to argue, fight, and complain. Researchers like the Gottman’s tell us that for a relationship to be satisfying the positive interactions need to outweigh the negative by a wide margin. But not all positives are created equal.

For positive reinforcement to work, you have to pick the right reward. Chapman wrote a book applying this principle to couples called “The Five Love Languages.” The premise is that different positive rewards say love to different people. So if your partner feels loved when you praise them and you try to make them feel good with gifts, you two are speaking different “love languages” and as a result, your positive reinforcement is not going to work. For the full list of languages and applying them, you might want to read the book.

One important rule for using positive reinforcement is to pick the right reward. Say your child really likes playing video games. He hates doing his homework. So you tell him if he does all his homework this week you will get him a gift on your way home from work Friday. One your way home you stop at the toy store and find him a gift, a new book called “Doing Math the Fun Way.” Is this likely to make him happy? Will he be likely to do his work the next time? You picked the wrong reward and it looks more like punishment, more homework, to the child.

Men are particularly prone to falling into this trap when “positively reinforcing their partners.”  If you decide to make her happy by buying her a box of candy, that might work. But if you bring her a gift two days in a row, presumably before she has eaten very much of the first box, will that be positively reinforcing? The second box will get a lot fewer results than the first. Now, what if she is on a diet and just lost some weight, should you bring candy? This is more likely to end in an argument than to increase positive interactions.  Pick the right reward.

Now there are times when a given reward works better than others. A drink of water works better when you are thirsty than when you just finished drinking something. Bars put out salted snacks for just that reason. So if someone has been without the reward for a long time it is more rewarding. After going without their phone for a while a kid is willing to do a lot more to get one than if you just took it away yesterday and they are still mad. The principle here is, don’t overuse a reward and use them at the times they will have the most impact.

You take your child out for a treat, a special time together. That should be really positively rewarding. You go to the mall and walk around. Malls are frequently very positively reinforcing for adolescents. Your child lags behind. As you offer to buy them a particularly popular piece of clothing, they burst into tears.  Trip over. You head home. Once home you set the child down on the couch, time for a talk.

You explain to the child that you can’t understand why they got so upset. You were trying to positively reward them for all that hard work and their good grades. Your child goes storming out of the room, doors slamming. You look over at your partner. What went wrong? “The new report card came in the mail today.” your partner says. “Four F’s this time.”  How did you go so wrong?

Positive rewards have to occur very soon after the action you want to increase. The shorter the time between the action and the reward, the more reinforcing it will be. You should have done the trip immediately after the last report card when there were some good grades to reward. By waiting so long you let other actions good and bad happen in between. Now the reward looks like a punishment. The sooner the reward is given the larger the result.

How long do you have to keep the positive reinforcement up? People are afraid that once they start it they may need to keep it up forever. There are two ways to get past this. Create a set of instructions that the person whose behavior is being changed can repeat to themselves. Kids learn to repeat these instructions as they do the task and then they can positively reinforce themselves with the knowledge that they did the task well. Look for natural reinforcers in the environment. Humans are social animals, we like others to like us. Once a positive behavior is created the positive reinforcement can be changed from a tangible reward to things like verbal praise. Eventually, smiles may be enough to reinforce the new likable behavior.

More to come on behavior modification and changing yourself or others.