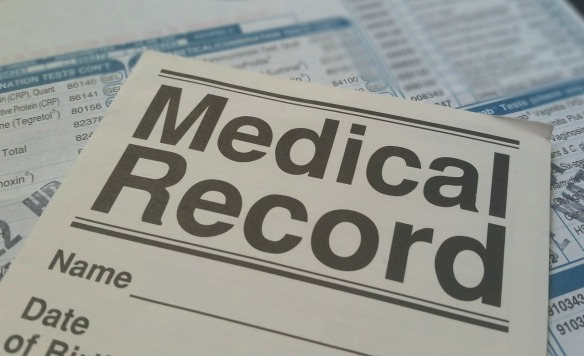 UPDATE – changes in the DSM-5

You can erase some of this post from your memory. Non-suicidal self-injury, Cutting did not make it and is stuck in the back – maybe section. During the process of updating the Diagnostic and Statistical Manual of Mental Disorders (DSM) from the DSM-IV to the DSM-5 a lot of things were proposed. Some of those suggested changes were instituted and others were left out. This post includes mostly ideas that did make it to the final DSM-5. Because these ideas were included in a lot of research articles and other blog posts I have left the post up but need to tell you that some of this information is now out of date.

Will you be cured or struck with a new mental illness next year?

The way we understand mental illness is about to change. When the DSM-5 is published about May of 2013, millions of people will find their mental health diagnosis suddenly shuffled. Several conditions that bring clients to therapy every day, that didn’t used to be disorders, will suddenly appear. Some old disorders will disappear or become merged with others. This happened before when Manic Depressive Disorder disappeared and the Bipolar Disorders in all their shades took its place.

We Counselors don’t write the book so we don’t get much say on these changes but in order to get our clients the help they need we have to play along with the changes the Psychiatrists make in the rule book. These new rules include the latest research and hopefully refine and improve the system we use to figure out what mental, emotional or behavior problems the client has.

The new book, DSM-5 is still under review but from the version on-line we can see a lot of the directions the new version will take. There is still time for some revisions to the new DSM, but most of these changes look pretty certain.  I have been reading the new version on-line trying to get myself mentally prepared for the changes. Here are some trends I see.

Anger becomes a Disease – sort of

We know that anger and the loss of control that comes with excess anger is a serious problem. There is a huge group of people who have been required to take an anger management class. So far anger has not been a diagnosis. We have tried to force the angry client into other existing diagnoses. Some people with anger are depressed, some are anxious some are just bad people, and so on.

Cognitive therapists have been saying for years, and I agree with this, that most anger management classes fail because they seek to teach clients how to control their anger after they are already angry. Having the person who is furious count to ten only delays the explosion. The time to intervene is teaching the client not to “anger themselves” in the first place. You read that right. Others do not “make us angry” we “anger ourselves” when they don’t do what we want them to.

So we need a specific diagnosis for people who anger themselves too much and then lose control.  With kids we were calling this “Disruptive Behavior Disorder” or “Oppositional Defiant Disorder” sometimes this means blaming them as in “bad kid” diagnoses. We need to try to find ways to help kids learn new approaches. With adults, they became “depressed or anti-social, or worse.

Cutting and Self Mutilation becomes a disorder.

Cutting and all the other self-mutilating behaviors are a huge problem. Parents call or bring their kids in because of this all the time. There are hundreds of books on the subject and lots of research that says this is a distinct, separate disorder. But up till the DSM-5 we had to shoehorn this into something else.

The confounding issue here is that most self mutilators do not want to die. This is most often not a suicide attempt. It is also most often, though not always, not an attention-seeking behavior. Self mutilators do it repeatedly and in places where others can’t see. They use this behavior to regulate emotions.

The confounding problem, self mutilators feel bad and sometimes they do decide to commit suicide.

This problem seems destined to soon become a disorder all on its own called “Non-suicidal Self Injury.”

In the future, you won’t outgrow your diagnosis

We have had separate names for the problems that children get. Sometimes the problem stays the same but every few years we change the diagnosis. We have had a whole chapter of problems that get first diagnosed in infancy, childhood, and adolescence.  This will go away. Yes, kids can be depressed. I have seen video footage of a new-born in the hospital who showed significant sadness when mom and dad stopped paying attention to him. So if parents were to neglect a child, could the child become depressed? Sure they could. The more the parents neglect the more depressed the child becomes.

So rather than separating childhood depression and anxiety, we can think of them as the same as grown-up mental illnesses only in children the symptoms may look a little different. When they are sad the child cries and dad drinks, two different behaviors but the same emotion.

Asperger’s is about to be cured.

Suddenly in one day, everyone with Asperger’s will stop having Asperger’s. The same thing will happen to Pervasive Developmental Disorder NOS. Don’t get too excited. Within minutes they will all have caught Autism.

Why this change? Researchers have come to doubt this pigeonhole approach. The characteristics of lots of the mental illnesses we think of as separate conditions are in fact just varying degrees of symptoms of the same disorder. So rather than splitting hairs on which name we call this, we are going to think of this as a continuum and say all these people have more or less similar symptoms just some are more serious and profound than others.

So in the future, all these people will have one diagnosis but we will look at the way the symptoms affect the individual. We hope this is progress. One problem though. In the past, the treatment, especially who would pay for treatment, depended on the label. Schools, insurance companies, and regulators may need to figure this one out. How will they decide how severe your autism needs to be before someone will pay to get you treated? We think we know that the sooner this condition gets treated, even mild cases, the better the child will do throughout their whole life.

That’s enough of this for one post, more about the DSM-5 to come in the future.

Bottom line, the DSM-5 in mid-2013 will make some changes to the way we think about mental illnesses and possible the way they get treated.