Are there different types of Borderline Personality Disorder? 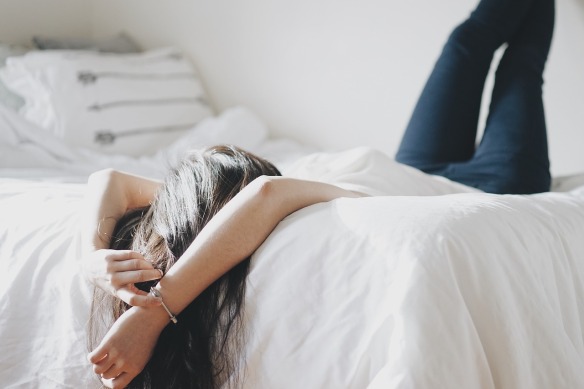 Are there types of Borderline Personality Disorder?
Photos courtesy of Pixabay.

People with Borderline Personality Disorder (BPD) differ so much there might be more than one type of BPD or that we may be placing several different mental illnesses together under one label. Gunderson in his book Borderline Personality Disorder describes three levels of functioning in people with BPD. Hotchkiss appears to enlarge this idea into three types of borderlines.

Diagnostic criteria for mental health disorders are largely normal characteristics that have grown so large that they begin to interfere with everyday life. Everyone has sadness sometimes and we all are or should be anxious occasionally. That same concept of degree rather than nature is applicable to BPD.

Masterson wrote about Narcissistic Personality Disorder and described this as coming in low, medium, and high levels. I think the use of that same sort of yardstick for measuring BPD might be useful.

People with low BPD or beginning Borderline traits have or are able to sustain a primary relationship. This relationship may be rocky but the low borderline trait individual is able to have satisfying interactions with a partner. They will perceive this partner as supportive.

What brings a low symptom Borderline into treatment will be feelings of emptiness, loneliness, or depression despite having a supportive partner. They may also suffer from chronic boredom or masochism. They want both a close relationship and fear that relationship because needing someone exposes you to becoming dependent on them.

As a result of the presence of that supportive person in their life, a mild BPD individual may go undiagnosed. They may lack the intense anger and have fewer and milder mood swings than those that appear in more severe cases. Their self-destructive behaviors will be fewer and less frequent and may be ascribed to life experiences like layoffs or fights with their S. O. rather than being recognized as BPD traits.

What tips the clinician off to the BPD traits is not the current relationship but a history of previous unstable relationships and a pattern of over-rapid entry into and speedy exit from relationships, as well as a history of being the victim of abuse or neglect.

As the symptoms of BPD become more severe you may experience more anger, more worries about losing your partner, and more frantic efforts to keep your partner in the relationship. People with medium BPD are described as having difficulty seeing things from other’s points of view and devaluing others. They may manipulate as a way to get their needs met. They have the belief that asking will not get them what they need and that they need to force others to stay with them.

This level of borderline functioning is full of break-ups and make-ups, drama from current and previous relationships, and recurrent self-harm or suicide attempts to force the partner to stay. Someone with medium intensity BPD may plan suicide with the thought that this will punish the other for not loving them enough.

When BPD reaches this level the person with Borderline Personality Disorder is unable to maintain a relationship with a significant other. They are without a functioning support system and become increasingly lonely and angry. They may develop distorted thinking, delusions, and eventually hallucinations. They may have episodes of panic involving various anxiety-provoking possibilities.

At this level of BPD symptoms, the most likely coping mechanisms are efforts to distract the self by using drugs and alcohol, abusing food, and acting out behaviors. Fights, promiscuity, self-mutilation, or suicide attempts will be common.

Are relationships a cause or the result of the level of BPD?

There is some question as to whether having a significant relationship reduces the level of borderline traits or if people low in traits can maintain better relationships than those who are high in BPD traits.

One thing that seems clear is that if you have a supportive other in your life, especially in your primary relationship, you are more likely to be able to cope with your mental illness. Learning life skills can improve your functioning and increase the likelihood of finding a supportive partner. Healthy people attract healthy partners.

Are you doing all you can to create good relationships with others and to become the kind of person who can have happy supportive relationships?

Other posts on Borderline Personality Disorder are:

What is Borderline Personality Disorder?

65 thoughts on “Levels or types of Borderline Personality Disorder”