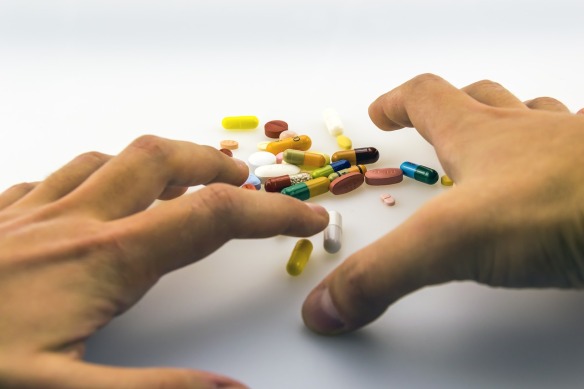 What are these things? They sound serious. – They are.

Someone who has two problems may have a harder time getting help than people with only one problem. Once society recognized that it was possible to help people with mental and emotional problems instead of just locking them up in an institution, we began to create special programs to deal with these issues.

The problem has been that most programs that were meant to help, was that they were organized around problems and not around people.

Then medications for the mentally ill were discovered and we decided that maybe we did not need to keep locking them away. They could be helped in outpatient settings. Mental health clinics were created.

Substance abusers were segregated also. At first, the thought was that “those people” chose to do what they do. We arrested and incarcerated the alcoholics and addicts. The thought was “they never get better” or they just need to quit.

Treatment for addiction and alcoholism worked.

The specialized programs quickly evolved into silos. The Mental health programs treated the mentally ill, they sent all substance abusers away – referred them to a substance abuse program.

The substance abuse programs referred the mentally ill to a mental health program.

If you do drugs, drink alcohol, you can’t be in a mental health program. Get 30 (or 90 or more) days clean and come back.

The substance abuse programs told clients they could not attend drug classes if they took psychiatric medication. Some counselors told clients that “if you take psych meds you are not clean.”

Old-timers grumbled that the Big Book says to follow the doctor’s advice and take your meds as prescribed. Still the programs sent anyone with a mental health problem to mental health.

The client was ping-ponged back and forth between mental health and substance abuse programs often ending up in the hospital emergency room where they received their treatment one E. R. visit at a time.

Over time the number of people who were identified with both mental illness and substance abuse problems began to be recognized as significant. They were seen at the doors of mental health clinics, substance abuse programs, hospitals, homeless shelters, and welfare offices.

People with both a substance abuse disorder and mental illness usually can’t work. They burn out their families. They live on the street and in low-income neighborhoods.

People who live on the street, have no medical care, get sick, and end up in E.R.’s We began to designate this condition as “Dual Diagnosis.”

Books were written on Dual diagnosis, what it is, how to treat it. Some programs began to train beginning professionals on how to recognize the presence of substance abuse and mental illness. Still, most programs were organized as if all clients had one and only one problem.

Doctors do most of the diagnosing and most of the clients with substance use disorders and a mental illness end up in the emergency clinics, they have few other options. Counselors saw dual diagnoses as one thing, doctors saw another.

The term dual diagnosis began to widen to include anyone with two (or more) diagnoses. From a medical treatment perspective, this makes sense. A client with diabetes or a heart condition and substance abuse has two problems. Someone with a mental illness and hypertension has two problems also. And for the treating physician, this can be very important. Medications for the psychiatric problem or the alcohol and street drugs can interact with the medications for the physical problem. The doctors need to know these things. There are articles now on dual-diagnoses that are about treating two medical problems at the same time.

The term “Co-occurring Disorders” began to be used for that common issue of clients who had both a mental illness and a substance use disorder. Specialized trainings and even programs were created for people with those two problems that occur together so often.

The expression “co-occurring disorders are an expectation, not an exception” was born.

Things have begun to get better for the client who has both of these problems. But there are still clinicians who work in one area and are uncomfortable with clients who have the other problem also. Programs still see themselves as providing service either to substance abusers or to the mentally ill but not both.

Behavioral health agencies now exist with the mandate to serve the mentally ill and the substance abuse clients. Some programs also include services for the mentally retarded and the developmentally delayed. Programs continue to be developed around problems and not people.

Could a developmentally delayed person also have a mental illness, say depression, and abuse substances?

Even the term “behavioral health” is problematic. It focuses on the problem as behavior. “Those people” do not do what society wants. It has been taken to mean that the people who receive services at behavioral health chose to be the way they are rather than that they have a disorder that is treatable.

The coordination of substance abuse and mental health services is a step forward but it is far from the end of the journey.

In the future, we hope to see a time when anyone who needs help gets it regardless of the specific combinations of challenges they are faced with. A time when mental health services and substance abuse treatment is offered alongside physical health services.

We hope the day will come when the largest housing facilities for the mentally ill are not in jails and where the bulk of substance abuse treatment is not done in prisons. Where we as a society provide prevention and treatment in the childhood years before our children have to go to jails and prisons rather than wait to offer services to them in prison.

We have a long way to go before the treatment of dual diagnoses becomes routine, but the fields of mental illness, substance use disorder treatment, and physical health management are changing for the better.

For more on Dual Diagnosis, Co-occurring disorders, substance abuse, and mental health topics see the categories list to the right. Coming soon will be a list of “Dual Diagnosis links and resources.”