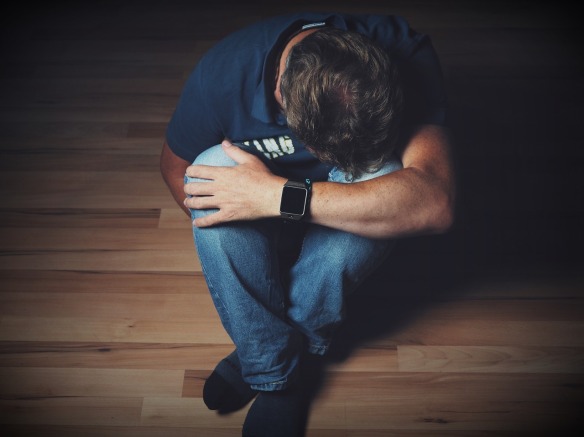 Who talks badly about you?

If you were on a desert island, with no one around to criticize you, would you still feel bad about yourself?

Interesting question. I saw this question in a book titled “Be Glad You’re Neurotic” by Dr. Louis Bisch, one of the founders of the New York Psychoanalytic Society and Institute. I have paraphrased it slightly. It was a valid question back in 1936 when his book was published and it is still a good question today. This is not the post to go into the whole Neurosis versus Specific Diagnosis thing or talk about the difference between psychoanalysis and the kind of brief therapy in vogue today. We may get back to that later – maybe not.

What is important at this point in our series on moving towards your happy life is the question of how much of what you think about yourself is the result of what others have told you and how much is now a part of your belief system.

In a previous post, I talked about how we may have faulty life blueprints in our heads. One major source of these life-plan errors is the things others said about us that we took for the whole unvarnished truth. Many of these things we believe about ourselves because others told us so are just not the truth.

A woman refused to eat while at the treatment facility because she was “fat.” She looked normal to below normal in weight. She was not quite underweight but clearly, she did not need to diet. Her reason for believing she was “fat?” Her siblings and her cousins had always called her fatso and teased her about her weight. For the record when I eventually met her family they were all larger and heavier than she.

She believed that she was fat not because of outside objective evidence, like scales or doctor’s opinion, but because it was so painful to be teased about her weight she was resolved to change herself to please her family.

One student in my night class confided to me that he did not expect to do well in the class. He was sure he was just too stupid to do college-level work. He had not done well in high school but he was hoping to somehow make it through the program at the community college and earn a certificate in a vocational program.

His first paper was atrocious. But as I reflected on this paper I realized so was many of my early papers. Like many of my students, he was not fully prepared for college but he made up for a lack of skills by putting in more effort.

In this particular class, the requirement was that the students submit the papers early so that I could grade them, and then they were to revise the paper and resubmit it. The grade was based on the quality of the revised paper.

This student’s revised paper was one of the best in the class. Further, he got one of the highest scores in the class on both the midterm and the final.

He had been told so repeatedly that he was stupid, he had lived down to other’s expectations.

Is this an unusual situation? Not really. Many people who return to college in their adult years have underestimated their abilities. They have believed others in their lives who told them negative things about themselves.

Meanwhile back on the desert island.

If you were away from all those naysayers, by yourself on that remote island, would you still feel bad about yourself?

Most of us complain that our family or friends, maybe our Significant Others criticizes us all the time and that undermines our self-confidence. But the truth be told, if we were all alone by ourselves we would still be saying those same negative things about us. We have internalized those negative messages and now, believing them to be true, we act accordingly.

In a previous post (Making friends by calling them names) I wrote about the tendencies so many of us have to escape from negative or abusive people in our lives and then to continue the abuse and negativity by abusing ourselves and call ourselves names.

So consider for a moment Dr. Bisch’s question. If you were alone on a desert island with no one to call you names, would you still feel bad about yourself?

5 thoughts on “Do others harm your self-esteem?”