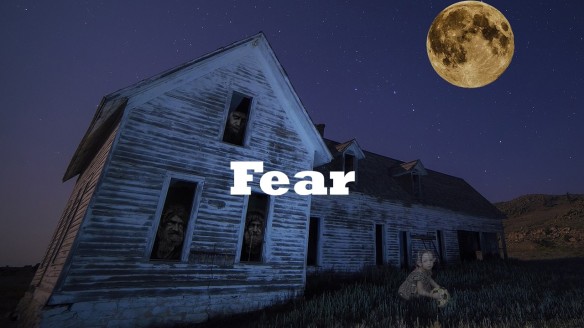 Is it fear, anxiety or have you developed a phobia?

The textbooks tell us there is a difference between Fear and Anxiety. The researchers use some specific criteria to differentiate the two. In our own lives, even without looking it up in the dictionary, we know if we are anxious or in fear. Like so many other words, fear and anxiety may have different meanings to different people.

Fear is about a sense of specific danger. We are afraid of a person with a gun or an animal chasing us. We might also be afraid of a relationship like marriage or an act like public speaking.

Anxiety, on the other hand, is a heightened sense of awareness, a being on alert looking out for danger. New situations, places known to contain dangerous items or risky relationships, can provoke anxiety because of the uncertainty.

Some authors suggest that fear is or should be about a real danger; though in practice many of the fears people are most worried about hold a small risk of harm.

Specific Phobia is a mental health diagnosis involving excessive anxiety when exposed to a feared object or situation. This used to be called Simple Phobia. This excess anxiety begins interfering in the person’s life to the extent of disrupting relationships, keeping them from school or work or making them personally unhappy.

Both anxiety and fear are survival mechanisms.  Fear tells us to avoid things that are known to be harmful. Anxiety is about being extra careful when in new, novel situations or at times of increased danger. Anxiety is often free-floating and attaches to any and all events that are not expected.

Fear becomes a problem when it is attached to things with a low likelihood of happening and this fear keeps you from doing things you need to do. When that fear becomes debilitating and prevents having a job, family, or friends, then it has gone out of control.

Fear is commonly learned as a result of three factors, personal experience, watching others, and verbal accounts.

A child who climbs on the roof of the house and falls, breaking a limb, may forever after be afraid of heights. People who grew up in homes where violence was a standard part of life may be afraid of relationships or commitment to a long-term relationship.

You do not have to experience the event personally. If you witness someone being injured or killed you will have an increased fear of whatever caused that injury or death. Social learning theory tells us that humans have a phenomenal ability to learn from the experiences of others.

Those experiences of others do not even need to be real to create fear in us. Children told often enough about the boogeyman become frightened of the dark. People of all ages can develop intense fears from watching events unfold on television. As parents discover, the young child may be unable to tell the difference between reality and fantasy and may become fearful of things they saw in fictional movies.

There is a long list of common fears below. This list is far from complete and is not in any particular order. The fear involved often greatly exceeds the risk of something happening but as anyone who has a specific fear (phobia) will tell you real or not that fear can cause great suffering.

Fear of Public Speaking or performing in public.

Public speaking is reported to be the most common fear exceeding even the fear of death. The principle concern here is that the larger the group the more likely you are to say something that alienates someone or causes them to judge you negativity.

This is especially crippling for people whose occupation requires them to appear in front of the public.

Fear of Snakes or Spiders.

The majority of snakes and spiders are not poisonous to humans. Still, this is no comfort if you are bitten and die. Being afraid of particular creatures helped people who lived in rural areas survive.

If your fear reaches a point that you can’t leave the house, it has gotten way out of hand.

Despite plenty of statistics to show that flying in a plane is safer than driving a car on the freeway people are still afraid of flying. There are two reasons I believe for this heightened fear of flying.

In driving, we are largely able to maintain the illusion that we are in control. In flying there is no question that our lives are in the hands of a person we have probably never met.

Plane crashes are spectacular and widely publicized. We see extensive media coverage of these events. This heightened awareness results in an increased perception that flying is dangerous.

Fear of failure is especially troubling for those who were raised in a home where success was everything and failure was interpreted as you were defective. If you have to always be perfect to be worthwhile any failure is catastrophic.

Some of these have clear reasons for causing fear and others are likely learned from experiences and tales we were told.

If fear is impacting your life and the fear you feel is beyond the real risk of danger there is help available. Several therapies, as well as medication, have been shown to be effective in reducing the impact fear has on your life. Systematic desensitization is known to be effective in conquering many of these fears.

Have you been troubled by Fear, Anxiety, or a Specific Phobia and are you willing to do something about those fears?

9 thoughts on “Fear, anxiety or phobia?”