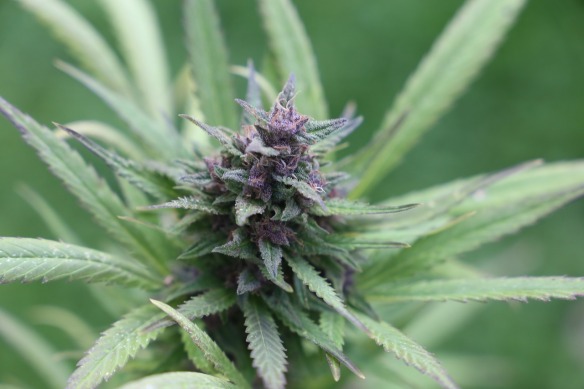 What if your counselor does drugs when they are off work?

The series on “Ethical loopholes and why these can strangle you” started in a previous post (last Friday) when I talked about the dangers of counselors talking too much about their clients and then violating confidentiality, this is a violation of most codes of ethics and illegal in most places. I also said there are three other ethical problems for counselors that may be affecting their clients. Here is part two – Counselors who are impaired by drug or alcohol use.

Is it OK to be a casual drug user? Can you just chip a little? Even if someone has a drug problem, should that keep them from working a job?

I think this depends on what that job is and for counselors and therapists, this should be a no.

There are times when working with a client that I do not focus first and exclusively on getting that client to stop drug use. When working with a suicidally depressed client, this is not the time to talk stop smoking, or even about giving up weed.

That is the old approach and it did not work. We used to tell the mentally ill that they had to stop all drugs for 30 days before they could get mental health treatment. Clinicians did not want to diagnose clients until they had a period of sobriety. So they referred them to substance abuse treatment first. The substance abuse treatment provider then refused them saying they were too mentally ill for drug treatment until they got their mental health symptoms under control So the client got ping-ponged back and forth.

The new process is to treat both problems at once and to “meet the client where they are” so if they are not ready or do not want to quit we work on the things they do want to change. So far I am good with this. I believe that any clinician worth their salt substitute can do an adequate assessment on someone who is using, you may have to catch them at a lucid moment but it can be done.

So we help clients work on what they want to work on. But here is where there is a two-part ethical trap.

In being willing to work with clients who are still using we can cross the line into saying that their drug use is OK and that they are entitled to keep doing it. I think we let the client down when we do not at some point mention that their drug use may be causing some of their mental health symptoms and encourage them to stop.

This danger, that accepting their drug use and working with them as they are can turn into advocating for their right to continue to abuse substances.

I am not an advocate of trying to help an airline pilot control their recreational drug use or alcoholism and still keep flying.

The ethical problem for counselors.

Once you begin to advocate for your client’s right to keep getting high and working it is a short hop to thinking that it is OK for the therapist to use and get drunk as long as they do it on their own time.

At what point does this “harm reduction” philosophy move over into it is OK for the therapist to use?

It is my belief that counselors who started out advocating for the client’s right to keep using can cross the line into being impaired by drugs and alcohol on a regular basis.

Those therapists do not usually get caught because they come to work impaired. They can often hide that. But every time I get my professional magazine it seems like there are more listings for therapists, psychologists, and counselors who got arrested did something violent or delusion while under the influence.

Guess what? Licensing boards do not say “He was off work so the DUI does not count.” Impaired professionals get their licenses suspended or revoked.

Starting to make exceptions for when it is OK to keep on drinking and using includes the risk that the professional will pick up.

I cannot tell you how many times I have seen substance abuse counselor’s crash and burn when they picked up again.

Therapists seem to be able to hide it a lot longer but once they stick their head through that ethical loophole and think that it is OK to abuse substances occasionally when they are off work, then becoming an impaired professional is just around the corner.

Oh my, the word counter is blinking at me again. Seems I have gotten worked up and written more words about this ethical issue than I had planned.

In a future post the dangers of counselors and therapists making exceptions to the “dual relationship” principle.  Getting to be friends with clients and doing things other than therapy with them can hurt clients and therapists. We also need to talk about that sex with counselor thing but we have saved that for last. See you again next time.

1 thought on “What’s the big deal if a therapist smokes a little dope? Ethical Loopholes Part 2”