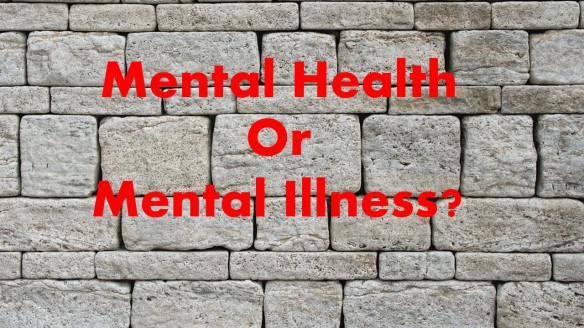 How do you tell someone you have a mental illness?

That stigma impacts your decision about when to self-disclose and to whom. Whether to tell others about your mental illness is one of the tougher decisions anyone in recovery will have to make.

Generally, medical conditions are protected by confidentiality. Your doctor is not going to tell people about your condition unless this is a “reportable by law” condition. Even then the person at the communicable disease center is going to keep it confidential as much as possible.

It is a whole lot harder to keep your mental health condition a secret and once that information gets out it can change your relationships forever.

Ask people if they would be OK working at a desk next to someone with cancer and many will say yes. There was a time people with cancer were avoided for fear it might be contagious. We know more now about most diseases.

Many people would be willing to work with or next to someone with an HIV infection or AIDS.

When it comes to someone with a mental illness the picture changes.

Most people do not know much about mental illness and still think it might be contagious, or that the mentally ill are “crazy” and dangerous. Many people do not know what to do or how to react when they encounter someone having a mental health crisis. Here is a great program called Mental Health First Aid to help people know how to respond but this program has not been available to nearly enough people.

Even among professionals working in social service agencies, there is a sizable number who would not want to have a person with a mental illness working alongside them. We have talked so much about the problems of the mentally ill, the message that recovery from mental illness can and does happen has not even reached everyone working in social services agencies, let alone the general public.

We have a long way to go to defeat the stigma around having a mental illness.

One way stigma has gotten broken down is by having people in prominent positions tell the story of their struggles. This has been powerful for reducing stigma against AIDS, Homosexuality, and a great many other conditions.

High profile people talking about their mental illnesses has not had nearly as much effect.

Some people who have talked publicly about their mental illness have said if they had known how much prejudice they would experience, they might not have been so open about their problems.

It is not just the mental health consumer who experiences discrimination. Their family members may be discriminated against or persecuted also. Some people do not want to have the mentally ill in their neighborhood even when they have a mentally ill member in their own family.

The result of this prejudice keeps the mentality ill hidden and forgotten and the families find they may need to pretend that no one in their family would be “crazy.”

The route forward for those who self-disclose mental illness does not look easy.

Sometimes the self-disclosure is inevitable. When you are in a relationship your partner needs to know. If you are on a job and have to take time off for treatment or end up in a hospital then your boss needs to know. You may have to tell your family also.

Mental Health is on a continuum.

It is important to note that even in writing this post I slipped into talking as if there are two groups, the mentally ill and the “normal.”

People who are knowledgeable in this area will tell us that the boundaries between these two groups are porous and that people move from being mentally ill to being mentally well. Some mentally well people will also discover they have a mental illness this year when they had never had one before.

The road to reducing prejudice around mental illness runs through the places of education. That education needs to take place well beyond the confines of professional training programs. We need more understanding of what mental and emotional illnesses are like and how they can be overcome in our schools, churches, and workplaces.

Along the way to stigma reduction each person with a mental illness, their friends, and family will need to consider when and to whom they will self-disclose.