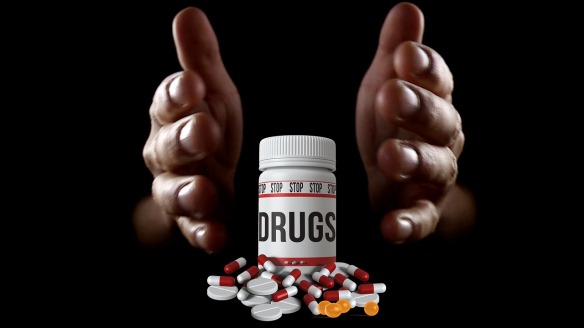 How are drugs classified?
Photo courtesy of Pixabay.

What kinds of drugs are abused?

There are a whole lot of drugs that get abused and they are not all the ones you might recognize. Drugs are classified in a variety of ways. Which classification system you want to use is partially dependent on why you are classifying the drug. For our purpose in this post “drug” includes prescription medications, drugs of abuse, and things people give themselves to alter their sensory perception even if they are not always considered a drug. Here are some ways drugs can be classified.

Is this drug legal?

How law enforcement classifies and regulates drug use behavior impacts how we look at drugs in other contexts. The roots of the current 5 schedule system of drug classification for legal purposes are in the 1970 Controlled Substance act. Who can buy a drug; prescribe a drug and how this needs to be done, all fall under the legal classification system. Laws do not always fit neatly with the scientific evidence.  There are other posts, past and upcoming, about drug laws and regulations. You will find more drug info posts under Drug Use, Abuse, and Addiction.

Where does this drug come from?

Drugs can be plant or animal-based, synthetic as in manufactured in a lab, or semisynthetic, that is a plant-based drug that is modified in the lab.

Some people have tried to make the argument that plant-based drugs are “natural” therefore less dangerous than synthetic or man-made drugs. This is often used as an argument for the legalization of marijuana.

Some natural plant-based drugs are poisonous and can prove fatal even in very small doses. The Opioid’s come from one species of poppy plant but is very addicting and an overdose can be fatal. Other drugs like LSD-25 were originally isolated from plant material (a fungus growing on rye grain) but can easily be synthesized in the lab. Other life-saving drugs are completely synthetic. The plant vs. factory origin way of classifying drugs has not proved useful to my way of thinking.

What is this drug used for?

Is a drug an antidepressant or a blood pressure med? Many dissimilar chemicals may be used to treat the same condition. Drugs to treat ADHD can be stimulant drugs or there are non-stimulant alternatives. Pain relievers include aspirin and Opiates. Aspirin can be used to treat heart issues and Opiates can be listed as a drug of abuse. The same medication may help treat depression or be used to help you stop smoking. Classifying drugs by use is problematic at best especially when we are talking about drugs that may be abused.

What part of the body does this drug work on?

Heart med, blood med, or Liver med? Not all meds used to treat the heart do the same thing. Many drugs work on multiple parts of the body.  Drugs that are helpful in some places in the body eventually get broken down to be eliminated. A drug that is great for back pain may be harmful or even toxic to the kidney or liver where it needs to be removed from the body.

What is the chemical structure?

What is its mechanism of action?

Drugs can be studied by how they do the things they do. Reuptake inhibitors stop the breakdown and recycling of neurotransmitters. While they may have similar mechanisms of action it matters which neurotransmitter they are prolonging.

What is its name?

Other possibilities for classifying drugs.

Uppers Downers and All Arounders.

Inaba in his book Uppers, Downers and All Arounders simplified drugs, particularly drugs of abuse, into three primary categories. Uppers mean drugs used for their stimulant properties. Downers are depressant drugs. All-Arounders are drugs that alter perception including hallucinogens and Deliriants.

People who abuse stimulant drugs may switch between cocaine and amphetamine depending on the price and availability but they like the stimulant feeling. Downers, those drugs used for their depressant characteristics, include Alcohol, Heroin, and other Opioids, and other central nervous system depressants.

The newest edition of his book also discusses some additional drugs that have mixed effects or do not fit neatly into the three group system but among drugs of abuse, the use of uppers and downers continues to be the largest part of what the substance use disorder treatment field treats.

Route of administration or method of use.

Inhalants can be any number of very dissimilar chemicals. Oral medications have in common only the way they enter the body as do injectable drugs.

You might also want to check out these other counselorssoapbox posts.

Drug Use, Abuse, and Addiction

More “What is” posts will be found at “What is.”

1 thought on “How are drugs classified?”