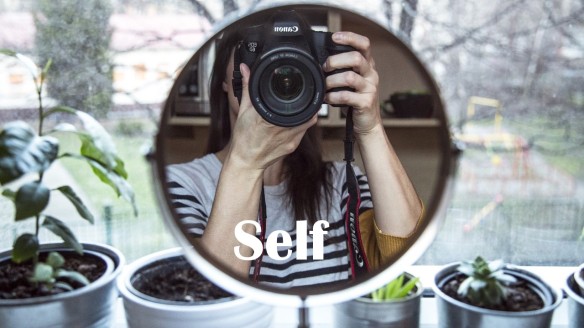 Getting to know yourself.
Photo courtesy of Pixabay.com

Sometimes our emotional lives depend on the weather.

Today is Groundhog Day in those places that pay attention to that kind of thing. The day has a lot more significance for our emotional and feeling life than the media accounts report.

In America, this holiday began sometime before 1840. It was celebrated in areas that had large numbers of German Immigrants. To this day it is most observed in places that have many people of German and Irish ancestry. The holiday has roots far back into other festivals throughout Northern Europe. It appears to date from a time when our calendar was more dependent on the cycles of the moon and the sun.

The visible part of the holiday is an event when some animal comes from its hole, tunnel or lair and looks around at the state of the weather. This animal, in America a Groundhog, is clearly a contrarian skeptic. If the weather on Groundhog Day is warm and sunny, the Groundhog returns to its lair, expecting 6 more weeks of winter. If on this day the sky is overcast and there is no sun visible the animal, clearly cynical, stays out expecting the sun to appear shortly.

One reason this holiday continues to resonate with so many people despite the advent of modern meteorological forecasting is that the weather remains uncertain and hugely affects our lives.

Groundhog Day is the point when the sun in the northern hemisphere is beginning to make its return known. From the beginning of February until the end of March, each day the period of light will increase and the darkness of night will decline until about March 20, the Vernal Equinox will occur, marking the triumph of day over night. At that point, spring officially occurs under our modern calendar.

These increases in light trigger numerous changes in our human bodies as any person who suffers from seasonal affective disorder will tell you. Animals and plants, as well as humans, will be influenced by this change in the light level.

One effect of the increase in light is to trigger an increase in energy, especially in the area of sexual interest. Just over two weeks after Groundhog Day on February 14th we will celebrate Valentine’s Day, a day devoted to romantic love.

Animals, particularity birds, begin their breeding season by Valentine’s day and have new-born chicks some 6 weeks later on Easter.

People with Bipolar Disorder are prone to see an increase in Manic or Hypomanic symptoms at this time of year. Increased sexual appetites along with a decreased need for sleep are characteristics of this mood shift. People with high anxiety may also be more inclined to take risks at this time of year that they would not take during other seasons.

In the fall time, this shift reverses as the light of the sun decreases and the weather turns cold and stormy. At that time we become more inclined to stay indoors and there is an increased risk of depression and anxiety.

The sun plays a major role in these seasonal changes in our moods, body, and emotions. The role of the moon is somewhat more controversial.

For those of you in the Southern Hemisphere, all these dates are reversed. Beginning Feb 2nd you will see the sun receding and your winter blues may be ready to kick off. You will get to see this increase in light behavior during the time from August to December.

There was also a movie some time back titled Groundhog Day in which the lead character had to keep repeating his day trying to get it right. The ancient view of this, so I am told is that the wheel of the year keeps turning, the seasons keep repeating and we creatures on this planet keep having experiences.

It seems like, for me at least, if I don’t learn the lesson the first time, the opportunity to learn continues to be presented to me. Just like there will be a Groundhog Day again next year.

1 thought on “Groundhog Day – Why it matters”