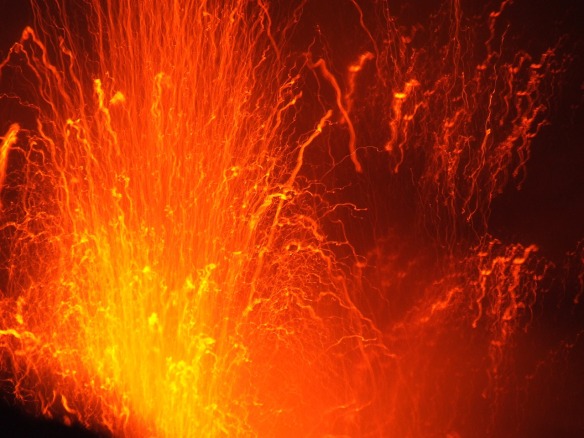 Do you need to vent?

Have you ever felt you just needed to vent?  Have you been around others who vented all over you? Sometimes it feels good to let it all out, to tell that person what you think. It is not so much fun if you are in the path of someone venting.

Have you been around others who vented all over you? Sometimes it feels good to let it all out, to tell that person what you think. It is not so much fun if you are in the path of someone venting.

Sometimes it feels good to let it all out, to tell that person what you think.

It is not so much fun if you are in the path of someone venting.

Keep in mind, there are a whole lot of problems that result from venting.

When people talk about “Venting” they are almost universally talking about expressing negative emotions. Even when people act out on supposed positive emotions there can be violence. Venting as a way to celebrate your team’s victory can end you up in jail if you act out.

When people talk about venting they are not talking about the slow letting off of pressure like when the teapot starts to whistle. Most people, when they vent look more like a stick of dynamite going off than a little steam from the teapot’s spout.

Here are some reasons that venting may make things worse rather than better.

There was a time when we had couples in therapy hit each other with those sponge rubber bats and yell at each other to “get it out.” Some therapists discovered that after venting in therapy those same couples went home and then the next time they argued they started hitting each other for real, with solid bats.

Venting can increase your sensitivity to anger and violence. You are in effect practicing getting worked up and acting out.

Yelling, screaming, and jumping around does not serve to get a football team calmed down before a match, it gets them worked up and they go out there and become more aggressive. We will leave the issue of whether watching violence increases your propensity for violence alone for now. What is clear to me is that practicing aggression makes you more aggressive not less.

Venting increases your anger or other negative emotions.

Once you are extremely angry it is hard to control that anger. The most effective solution is to learn to not get upset in the first place. As hard as that sounds to do, once you get the idea that you can choose whether to get angry or not, avoiding anger is much more effective than venting once you get there.

The idea behind venting is that you are not in control of yourself, once you get angry you need to let it out and it is OK to subject others to your release of anger.

Anger management classes teach us that it is not what someone has done to us that creates our anger, it is our beliefs about that other person’s actions. Quite often the reason they did that thing which upset you was not the reason you think.

This does not imply you just need to take things. You have choices in your responses. The problem with venting is that we almost always go overboard and become excessively expressive of our anger.

The result is that after venting you end up regretting how far you went. You may even vent and then apologize. Once you have to apologize or get bailed out of jail, you have lost all the advantages of releasing that anger. You are now in a weaker and more helpless condition after venting than before.

Venting does not make you a stronger person. It leaves you making amends for the things you have done while venting.

Even if you can vent and discharge those unpleasant emotions, that does not help the person you vented at. Often venting involves saying and doing things that may be hurtful to others. You vent, you feel better but the person you cussed out or hit may harbor a grudge forever.

Venting with a partner can damage a relationship beyond repair.

One reason venting is so attractive to so many people is the human tendency to store up complaints, sometimes called Gunny Sacking, and then let the other person have the whole load of our wrath all at once. This is an unhealthy way to deal with ongoing problems.

So before you let yourself vent consider other ways to handle those negative emotions or to prevent upsetting yourself in the first place.

Additional posts on this topic are under feelings and emotions, related topics are listed in the categories list to the right.

4 thoughts on “Should you vent? The dangers of venting”