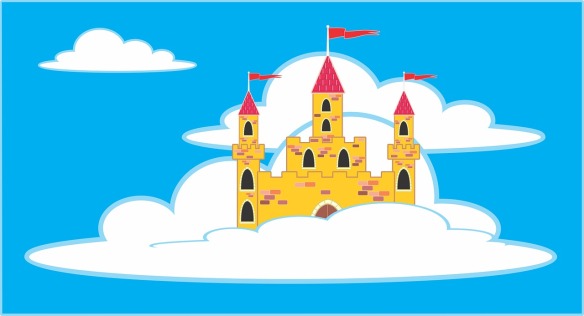 Throughout history, many of the greatest leaders have also been great storytellers. They knew that they needed to inspire their followers with images that were easy to understand and that made the personal connection with what they were teaching.

Now by telling stories, I do not mean the kind some of our politicians have been telling us recently. Those “stories” are just self-serving distortions of the truth. Their stories are designed to obscure the truth, not illuminate it.

Great leaders have used story’s to teach universal truths and to inspire their followers to action.

Martin Luther King Jr. gave us the story of a dream. Not simply that he dreamed things would be better someday, but he gave us a detailed description of this dream, children walking hand in hand, people being judged by who they are not by how they looked.

All the great religious books are full of stories. The Bible stories are often referred to as parables.  The story of the widow and her mite, the Good Samaritan, they bring moral teachings to life.

Jesus told a great many stories, they are the subject of Sunday school lessons and the weekly sermon to this day some two-thousand-plus years later.

Buddha taught using stories. So did a great many other religious leaders. The wisdom of the Native Americans was preserved and retold in their myths, legends, and stories.

The stories told on the big screen and the smaller ones have a huge power to influence the way we think. We see things happen, we can empathize with the characters in the movie and we learn vicarious lessons as a result. Those dramatic fictions hold tremendous power to influence how people think and what they think about.

The stories told in books have shaped the imagination and the opinions of the generations that read those books. Many of us remember our childhood through the connections to our favorite stories.

It is getting harder for our political leaders to inspire us with their stories. Too many of their stories are about whose fault things are, they are about blame and negativity. Telling us the sky is falling may scare us into running; it does not inspire a people to build for the future.

It is becoming increasingly difficult for our leaders to inspire us through the use of stories. Speeches full of bullet points won’t cut it. Should a politician try to inspire us with a story about a person, they had better have the facts right.

If that story about the Good Samaritan were told today there would be a network news investigation. They would find that person or force Jesus to admit he made the story up. The person in that parable would be interviewed and so would their family and neighbors.

Eventually, a whole lot of other information about that person’s private life would be in prime time news. The misdeeds this person had committed would become common knowledge and the impact of telling their story of suffering would be lost in the haze of blaming them for their suffering because they were less than perfect.

The role of the story-teller who can inspire us to be more and better has passed from the realm of the religious and political leader to the providence of the dramatic presentation. Our greatest inspiration comes from stories that take place in a distant galaxy and a time far off from the present.

Losing our storytellers to the press of commercial profit-making has enlarged the number and the drama of the stories. What is often missing is the ability of our leaders to inspire us to become better people. We have given up the story of what could happen in your lives for the fantasy of what only happens somewhere else to someone else.

In the process, we have become a more entertained people and a less inspired one.

Look for the stories that inspire you to a better, happier life no matter where you find them. And if you find those stories feel free to share them with us.