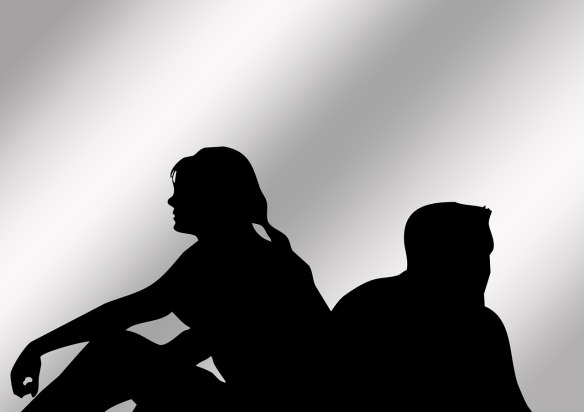 Are you stuck with a passive-aggressive?

Passive-Aggressive Personality is another one of those things that may be hard to define but you know it when we see it. The Passive-Aggressive Person (PA) doesn’t say much, but they sabotage everyone else. They can be especially annoying if you are confined with one in close quarters, at home, or at work. PA’s are responsible for a lot of organization’s failure to meet goals. They create a lot of family pain.

The PA may smile and nod their head yes, but their behavior says “No! No! No!” Their way of disagreeing is indirect. Sometimes defined as “obstructionist” they seem especially skilled at snatching misery from the jaws of success. Their favorite weapon is inaction.

PA people are known for their hostility, unexpressed hostility which leaks out by getting even with others through “not doing.” They are frequently late and forgetful, resulting in not getting things done that they were expected to do. When you look back at the record you may find they never said they would do it, they just didn’t say no when you asked them.

This failure to express themselves, particularly about emotions results in a lot of misunderstandings. When confronted with the discrepancy between what everyone else thought they would do and what they, in fact, did not do, the PA is likely to deny they ever agreed to do that, assert they forgot, or all too often give the confronter the “cold shoulder” and say nothing.

PA is considered more a trait or a personality characteristic than a mental illness. It is not officially a DSM diagnosis, though it has moved in and out of the list of Personality Disorders over time. As a personality trait, PA can vary from a few rare occurrences to a characteristic pattern that someone uses most all the time.

Most people with PA traits often report “trust issues” but so do lots of people without PA traits. We think that developing PA characteristics is related to growing up in a home that was non-affirming or where it was not OK to express emotions. In this sense, it is like the “Attachment Disorders.”  They have learned to avoid criticism by avoiding action. They are good at excessive procrastination and other forms of learned helplessness. They go along with things but make sure that the project fails by withholding effort at a critical time.

In addition to highly critical parents, the PA person is also likely to have had painful disappointments in life. They have reduced their expectations for themselves and others to avoid disappointment. Setting low sights reduces disappointments. They become so afraid of being told no they stop asking.

People with strong PA traits will fear competition and avoid situations where they will be judged at the same time they avoid dependency. They tend to keep their distance from others and are especially hard to get to know. They often express the feeling that they are unable to please anyone no matter what they do. Others feel that they can’t depend on the person with the PA traits.

Lacking truly close relationships, someone with a lot of PA traits creates a lot of chaos, makes excuses for failure to meet other’s expectations, and chronically takes the victim stance. Rather than direct disagreement they use obstructionism and sabotage to undermine those they resent. Their sabotage is of the indirect “failing to do anything” in the face of an urgent need form.

A key characteristic of the PA person is a lack of assertiveness. Unable to directly confront others they use indirect methods to accomplish their aims.

In the workplace, PA’s can be hard to spot and can rise to the top ranks since they always seem to agree with superiors despite failing to meet goals. They always have excuses for why the goals were not attainable. Management does not always value the worker who openly disagrees even when their productivity is high. Working with someone with PA traits destroys teamwork.

In the home, people with PA traits can be hard to live with and often under function. We know from system theory that when one person in a family under functions another is likely to over function, the result is a dance that is hard to change.

3 thoughts on “What is Passive-Aggressive Personality?”