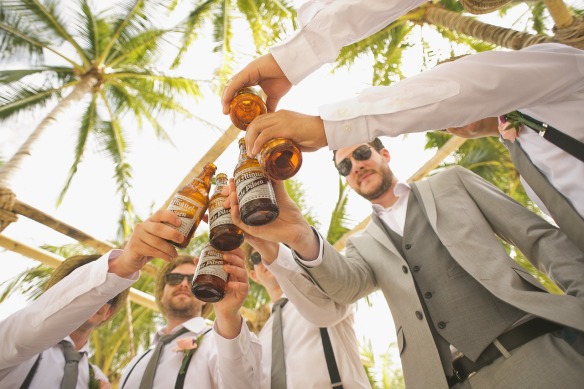 What are Men’s issues and how are they different from the other issues that bring clients to counseling?

Men have issues. We are not talking about back copies of the swimsuit issues either. Men traditionally have avoided coming to counseling for those issues even when they really could have used some help. Men try to tough it out and cope without asking for help. That reluctance to come to see a counselor is changing. The result of this trend has been an increase in counselors who specialize in “Men’s issues.”

Men will spend thousands on a career counselor or a life coach to help them with jobs or business success but when it comes to relationships, children, and their own happiness and well-being, they have been slow to accept the need for assistance.

When I started in this profession, I was surprised to see relatively few men in the classes with me. There were few men counselors and very few men in treatment. The few men who did come to see a counselor were referred to treatment by a judge, parole, or probation.

When I worked as a substance abuse counselor there were lots of men. They predominate in treatment and in the profession when it comes to substance abuse, domestic violence, drunk driving, and similar issues. When it comes to social work or the therapy room the men disappear on both sides of the desk. Among clients, this is beginning to change as men realize the need for more resources in managing life’s problems.

Men report to me that they have felt like their role in the family was that of a prepaid debit card. They go out and make money which is placed at the disposal of their family. If they fail to earn enough they are likely to be discarded like a maxed-out credit card. Beyond the simple maintenance of their most basic needs, food, sex, and a few expensive toys, men were conditioned to think that they should not have feelings or weaknesses.

For a man to ask for help implies accepting failure. Men kept going even when injured emotionally until they could not keep going. The homeless veterans of past wars, tortured by the symptoms of PTSD, are a testimony to the way in which men that showed a weakness can be discarded. To ask for help with an emotion was tantamount to accepting failure.

This situation is changing and for good reason. Men are learning that to acknowledge feelings is not a sign of failure. To seek consultation for struggles with life’s problems is not weakness but wisdom.

More men than ever before are assuming the role of primary custodians of their children. They are moving into the areas of childrearing that once were the exclusive territory of women. Methamphetamine and other drug addiction have accelerated this trend as more women leave their children and run the streets. Some men step up and become Mr. Mom and Dad.

The major “men’s issues” continue to be the traditional issues of men forced to treatment by someone else with some new issues brought on by the changes in the American family and society.

The top “men’s issues” in my practice are:

5. Maintain relationships with children after divorce or separation

6.  Getting close and trusting others

These Top Ten Men’s Issues have a lot in common with issues that bring women to therapy. The largest differences I see in the experiences are that women are a lot more attuned to the idea of working with and paying attention to their feelings. Women are schooled in expressing their feelings as a way to get relief from unpleasant experiences. Men tend to ignore feelings until overwhelm by them.

Men come to counseling looking to find solutions to their problems. What they may discover is that feelings are a valuable source of information that they will need to use to find the solution that is right for them and their relationships.