“I didn’t belong as a kid, and that always bothered me. If only I’d known that one day my differentness would be an asset, then my early life would have been much easier.”

― Benjamin Hoff, The Tao of Pooh

“If I ever go looking for my heart’s desire again, I won’t look any further than my own backyard. Because if it isn’t there, I never really lost it, to begin with.” 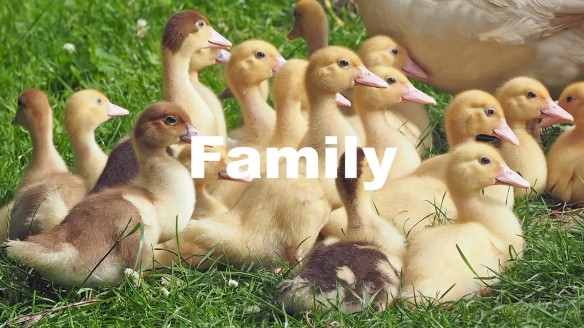 “That’s what people do who love you. They put their arms around you and love you when you’re not so lovable.”
― Deb Caletti

“Happiness is having a large, loving, caring, close-knit family in another city.”
― George Burns

“How could you ever feel comfortable if no matter where you went you felt like you belonged someplace else?”

“I didn’t belong as a kid, and that always bothered me. If only I’d known that one day my differentness would be an asset, then my early life would have been much easier.”

“The desire to belong is in every mind.”

Lots of people say they don’t belong here. Have you ever felt that way? Sometimes people who say and think that, mean here, now, in the present situation or place. Sometimes they mean on this earth.

When you don’t feel like you belong it is hard to be motivated, to have a purpose. Some people despair of ever finding a place where they can belong.

We talk about our “belongings,” the things we own. But feeling like someone’s possession, that can’t make us feel like we belong. Feeling that you are where you should be is not about things.

For some people belonging is about being tucked safely and securely in a close affectionate group. It might also mean feeling like we are the same as those around us. For other people belonging is being surrounded by people who accept us for who we are and encourage us to be ourselves even if that self is different from the self they have.

Some kids who have moved a lot tell me they feel this lack of belonging. People from families that never accepted them for whom and what they are; say they don’t feel like they belong also. If your family does not affirm you or if you have no friends it is not likely you can feel that you belong there. But where do you belong?

When you are always moving, starting over with new friends, new routines, it is hard to feel like you fit in. Some people find that right place, that time they fit in, early in life. Some of us spend our lifetimes looking for that place.

It is not just kids; adults say the same thing. They have spent their lives looking for that one place they fit in, that belief, cause, or activity that makes them feel that this is their one special place, the place they belong, the place they ought to be.

Sometimes it is a relationship where we belong, which gives out lives meaning. But relationships can end and then we ask if we still belong.

Elizabeth Lesser in her book Broken Open says it this way. “The first time I assisted at a birth, I had that feeling that I belonged exactly where I was, that there was nowhere else I would rather be.”

Some of us grow up not knowing where we ought to be. We may travel the world only to return to the place where we started and find there the place we always belonged, the place we needed to be.

Others of us travel and somewhere in those moves we find a place where we finally can say this is where I belong.

People will tell us that they find that belonging feeling in a spiritual place, a church, temple, mosque, or a clearing in the woods. We might find the place we belong in a cause or political movement. Why it is that one person feels at home in one place and another in a quite different setting I cannot say.

Recovering people have told me that the first time they ever felt at home, like they belonged there, was in a twelve-step meeting, among other people who understood their struggles and who welcomed them home.

Many among us will work their whole lives at a job so that they can finally retire and go on their quest for the place they belong, the thing that gives their life meaning. Others find that calling early in life and belong doing what they do their whole life. Sadly some people never do find that place where they belong.