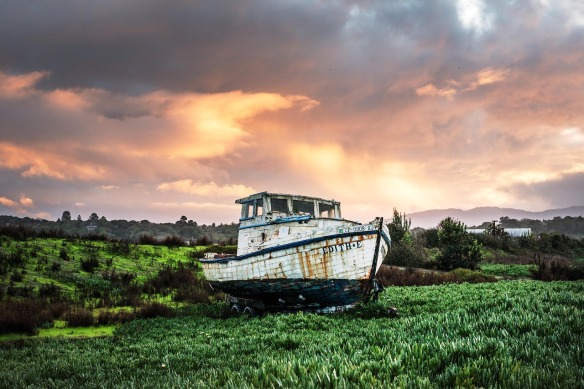 Do your problems follow you around?
Photo courtesy of Pixabay.com

Doesn’t it seem like no matter what you do you have another problem? Some people think that life is nothing but a “veil of tears.” Have you started to feel like no matter what you do another challenge will be headed your way before you take a breath? Some people attribute their constant problems to bad luck or something wrong with them, but the truth is humans tend to view the world in a cognitively biased way. When you look at the world through dirty glasses, everything appears filthy.

The closer you look at things, the more flaws you’re likely to see. From a distance, the lawn looks beautiful, but when you get close, you begin to see the weeds. Once you have defined what a weed is, the more weeds you will locate. Roughly a hundred years ago you wouldn’t find the word allergy in the dictionary. Once we created the idea, there was such a thing as an allergy more and more people have discovered they are allergic to more and more things.

When people lived far apart in rural areas what you did in your own home was pretty much your own business. The closer people live together the more laws have been enacted. The more laws we have, the more crime have.

This process of first identifying a problem and then finding more and more examples of similar issues has been going on long enough that we now have a name for this phenomenon, these constantly expanding definitions can be called “concept creep.”

At one time there were only two types of mental illnesses, psychosis, and neurosis. Neurosis was just the everyday problems of life. Psychosis was a term for people who were thought of as “crazy.” Psychotic people were locked away in a mental sanitarium. Today we have medication, and we have treatment.

Where once someone had to be so severely depressed they couldn’t hold a job or maintain a relationship to receive a diagnosis of depression, we now recognize that major depressive disorder can come in severities from mild to moderate to severe. I see people with mild forms of mental illness who absolutely needed help to get their lives back. But as we recognize more and more varieties and intensities of mental illness, the list has gone from one serious mental illness that needed hospitalization to hundreds of types that require treatment.

When the problems look unsolvable, anything is progress.

Many people in America have financial problems. Up to two-thirds of all Americans are either in debt on credit cards or have so little money in the bank that if they are car broke down they couldn’t pay for the repairs. When you’re without savings or in credit card debt, becoming financially solvent looks like an overwhelming obstacle.

People who undertake getting out of debt may start by creating a small savings account. For others, financial health means paying down credit card debt. Months or even years later that goal of reducing debt becomes paying the charge cards off. The initial goal of saving 100 dollars becomes saving $1,000. Notice that people with lots of money still believe they need more to feel secure.

When crimes go down, neighbors call about “suspicious people.”

Many people are reluctant to call the police unless they’re the ones who have been victimized. There are still neighborhoods where nobody wants to call the police. To offset this lack of people caring about each other some areas instituted community watches. Initially, this can help the police prevent or solve crimes. Recently however we have seen people who are calling the police about all kinds of marginal issues. Be careful not to let your lawnmower get over onto the neighbor’s grass, or you may get the police called on you.

Find the purple dot – when there are no purple dots the blue ones get picked.

Psychologists attempted to see how well people can distinguish significant things. They would show them pictures of various colored dots. If you show people blue dots, purple dots, and green dots and tell them to keep track of how many purple dots they do well. But if you ask them the same thing but this time show them only the blue and green dots many people think that they saw a certain number of purple dots. Or put another way if they must press a computer key when they see a purple dot on the screen but are shown no purple dots they began pressing that key when shown the blue dots.

When the quality gets better things that used to pass get rejected.

People study quality control issues have discovered that as the quality on an assembly-line gets better things that used to pass get rejected. Rather than being able to identify poor quality items inspectors tend to pick a certain fixed percentage to reject.

Big depends on the last thing you looked at.

Humans have a cognitive bias to describe things as big or small by comparison to the object they looked at just before it. Show them several very tiny items, and suddenly the coin appears large. Show them a lot of car parts, and that coin looks small.

Given all these cognitive biases is it any wonder that no matter how many problems you solve you will still identify some of the things in your life as problems?

The way we perceive problems determines how many problems we have.

Sasquatch. Wandering through a hole in time, they encounter Sasquatch. Can they survive?

For more about David Joel Miller and my work in the areas of mental health, substance abuse, and Co-occurring disorders see my Facebook author’s page, davidjoelmillerwriter. 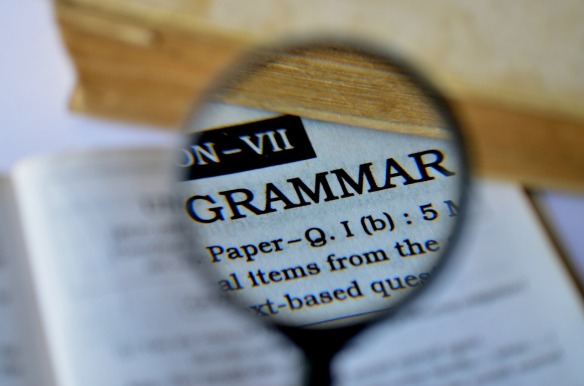 This recurring human habit to make mountains out of molehills, say it any way you like, but the truth is that my mind can make the smallest inconvenience into a major problem. Does yours?

Do you find that a major part of the stress in your life comes from worry and planning for things that never happen? What if the car won’t start? Do you say to yourself “That would be awful, unbearable, I just couldn’t stand it?”

This habit, to focus on the minute and miss the important, is sometimes referred to as “catastrophizing.” Focus on the risks and your depression and anxiety can expand to fill every moment of your life.

Absolutely it pays to plan for possibilities. You need issuance. Car insurance is a requirement in most places and those who do not have it face dire consequences when they get in an accident. Fire or homeowners insurance is recommended. So is some form of disaster preparedness.

Do you worry about what will happen if—but do nothing about it?

What if you NEVER get a job again? That is a possibility. But rather than stress on what if’s consider what you are doing to find a job. What are you doing to make yourself more marketable?

Did the boss say he needs to see you this afternoon? Do you immediately think that you are going to get chewed out, maybe even fired and you don’t even know what you did?

When your girlfriend or boyfriend doesn’t answer your call, do you start thinking they are out with someone else? Do you imagine that they never want to speak to you again? Do you worry that if this person dumps you then you will NEVER have another lover in your life? You will live the rest of your life lonely.

That is your magnifying mind at work.

Some people worry so much about their lover breaking off the relationship that they anger themselves over this possibility. They may become jealous, violent or very often they break up with the partner first.

Their magnifying mind has turned a small delay in hearing from someone into a major catastrophe.

You are running late to work; there is traffic today, like every day. There is that report you still need to finish and if you are late there may be no coffee left in the break room. What if there are messages and emails to return. And you forgot to take something out to defrost for dinner.

Do you think “Today is sure to be a disaster.”

The repeated piling of one worry on top of another can overload the brain and result in an inability to do anything at all. If you abuse substances you may decide to stop for a drink so you can cope. If you suffer from anxiety or depression you may fall apart and decide to skip work today.

All of these things happen when our mind turns the magnifier on those usual problems of daily living and magnifies them to impossible proportions.

If you have a magnifying mind, turn that lens the other way and shrink those problems back down to their true size. Live today in today and leave the worries of later for then.

Sasquatch. Wandering through a hole in time, they encounter Sasquatch. Can they survive? The guests had come to Meditation Mountain to find themselves. Trapped in the Menhirs during a sudden desert storm, two guests move through a porthole in time and encounter long extinct monsters. They want to get back to their own time, but the Sasquatch intends to kill them.

For more about David Joel Miller and my work in the areas of mental health, substance abuse, and Co-occurring disorders see my Facebook author’s page, davidjoelmillerwriter. If you are in the Fresno California area, information about my private practice is at counselorfresno.com.